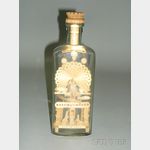 Literature: In an article first published in the Christian Monitor: A Monthly Magazine for the Home, June 1926 (Vol. XVIII, No. 6), Daniel Rose is mentioned as a notable woodcarver who was born in 1871, and lived in Johnstown, Pennsylvania. He became an invalid at the age of eighteen. It is unclear when he began carving, but by 1898 he had become widely known and was registered in Washington, D.C., as "Champion Whittler of the United States." He died June 26, 1921, as the result of a car crash.
Estimate $400-600 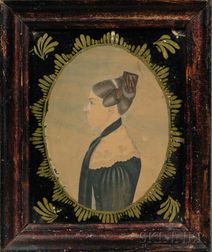 Portrait Miniature of a Young Woman in Profile 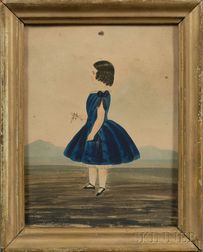 American School, 19th Century Portrait of a Little Girl Wearing a Blue Dress in a Landscape. 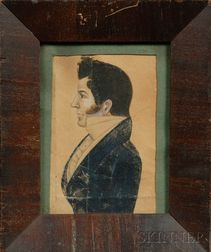 Portrait Miniature of a Gentleman in Profile 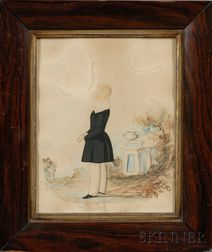 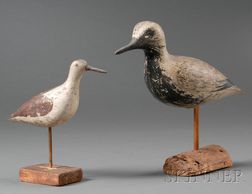 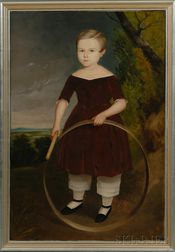 American School, 19th Century Portrait of a Boy Wearing a Red Dress, Playing with a Hoop. 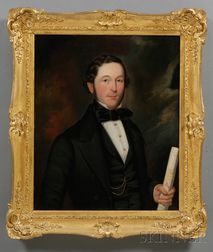