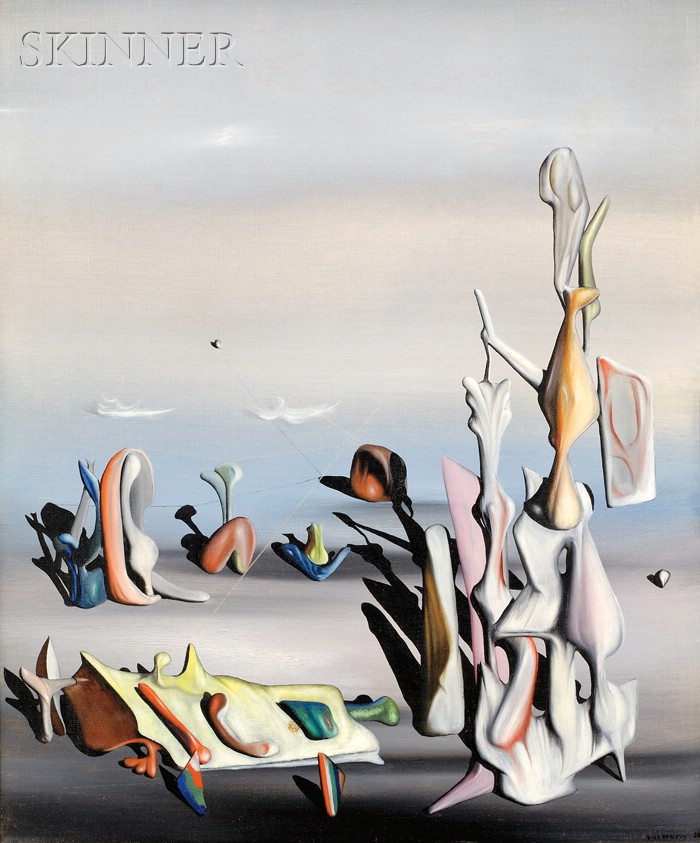 N.B. Tanguy left France for the United States in 1939, where he developed a new painting vocabulary. He noted 'a feeling of greater space here—more 'room'' and an 'intensification of color' which the art historian Roland Penrose described as Tanguy's substitution of earth tones for 'more strident reds and blues.' (1)

Of Tanguy's work of the 1940s, the poet John Ashbury observed forms of 'new bulk and density'; 'The [depicted] universe is no longer exclusively mineral; some of its tenants appear to be made of wood, paper or cloth. There are strange tissue-like folds, bones creatures not only colored like jellyfish but of some viscous milky white/or magenta pulp, weeping, burning to the touch like sodium. And these forms have begun to proliferate, pullulate, assuming ever more complex, incestuous relationships.' (2) What Ashbury alludes to is the way that Tanguy's compositions can be at once animate and static, organic and inorganic, whole and fragmented, nature-sprung and man-made. In the present work, simply in the way he aggregates forms, Tanguy evokes an absurd notion of hierarchy amongst what are essentially automatons. There are human-like appendages that suggest the potential for movement but little sense of a motive for action. Even though the cast shadows convey solidity, each aggregate can also be reduced to a precarious pile of parts. The scene can be interpreted as both desolate and fanciful—a wasteland of parts as much as a quixotic landscape with figures on a journey.

Subtle craquelure, minor dots and dashes of retouch to edges along frame liner on all four sides with the highest concentration in an L-shape contouring the extreme edges of the u.l. corner spanning approx. 1 1/4 in. height and 1 1/4 in. length, thin washes of retouch (in an approximate "H" formation) to the sky area of the upper right quadrant, spanning an area approximately 4 x 2 in. at its extreme height and width. (A copy of a condition assessment and proposal by Claudio Rigosi dated 1974 is available upon request, and we believe that most, if not all, of the recommended restoration was completed at that time.), cloth tape-wrapped aluminum strip molding along edges of painting, set within a wooden frame. 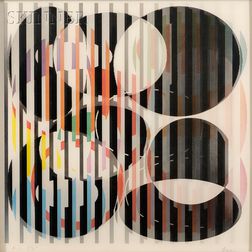 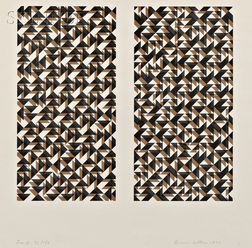 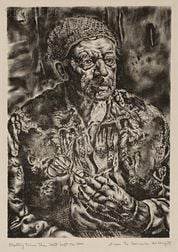 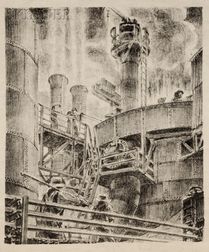 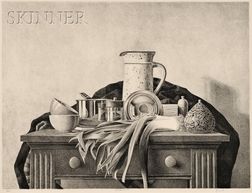 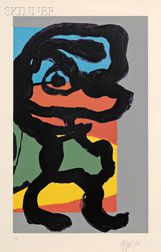 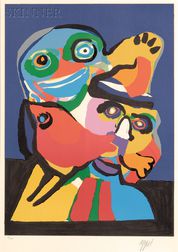 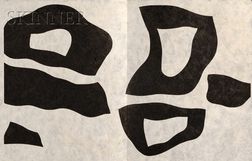