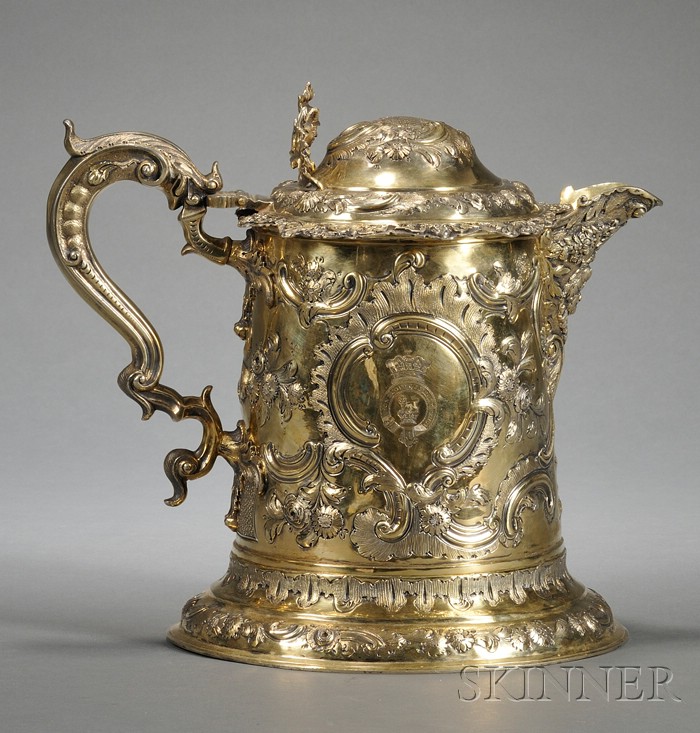 Important George III Silver-gilt Flagon, London, 1792, John Schofield, maker, cylindrical, with domed lid with openwork thumbpiece centered by a mask of Apollo and with ogee rim cast with strapwork, female busts, and shells, with leaf-topped scroll handle, short spout cast with a cherub mask within flowers, domed and spreading base, chased and embossed throughout with C-scrolls, flowers, and rocaille, one side of body engraved with prince's coronet over initials AF, the other with further prince's coronet and garter mottoed "Honi soit qui mal y pense," ht. 11 1/2 in., approx. 74 troy oz.

Note: The monogram, AF, is topped by the coronet of a British prince. AF could represent either Prince Augustus Frederick (1773-1843), ninth child of King George III and Queen Charlotte, who was made Duke of Sussex, Earl of Inverness, and Baron Arklow by the King in 1801, or Prince Adolphus Frederick (1774-1850), the King's tenth child, who was made Knight of the Garter in 1786, and created Duke of Cambridge, Earl of Tipperary, and Baron Culloden in 1801. Upon his death, the latter's title succeeded to his son, George, while Augustus Frederick died childless, and the title ended. With the use of the mottoed garter, the monogram is likely that of Prince Adolphus Frederick.
Estimate $3,000-5,000

marks good. minor age wear. possibly gilded at time of presentation, as there is very slight wear to surface decoration below the gilding.

Majolica Jardiniere and Pedestal Base 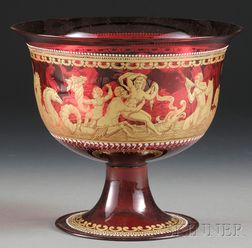 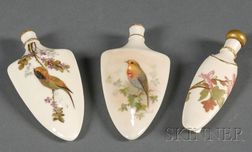 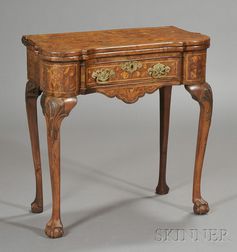