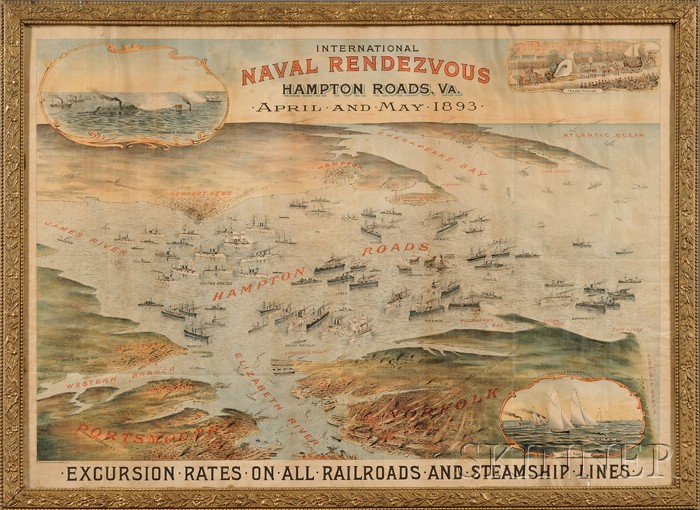 Note: This lithograph commemorates the opening of the Hampton Roads Naval Rendezvous which occurred April 17-24, 1893. It was the first of a chain of celebrations leading to the Chicago Columbian Exposition. Thirty-eight warships from ten countries gathered in the large harbor, also with the Civil War vessels the Monitor and Merrimac. The lithograph also advertises a "Trades Parade," a "Yacht Race," and "Excursion Rates On All Railroads and Steamship Lines."
Estimate $1,000-1,500