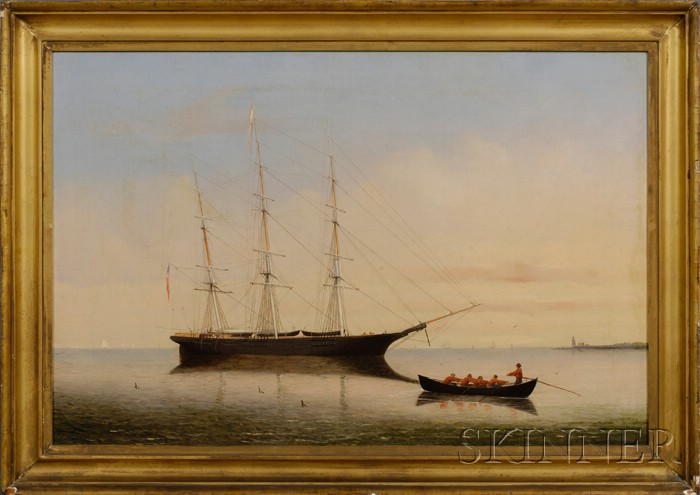 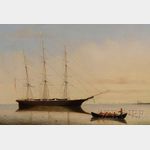 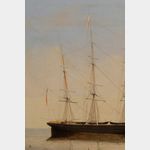 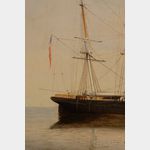 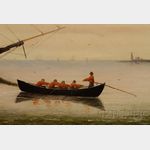 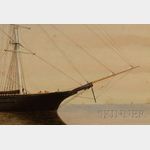 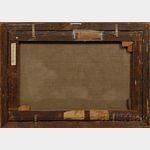 Portrait of the Whaleship Young Hector off Clark's Point, New Bedford. Unsigned, the ship identified on a fragment of paper affixed to the stretcher. Oil on canvas, 20 x 30 in., in the original molded giltwood frame. Condition: Relined, scattered retouch, primarily to sky and water.

Provenance: According to the consignor, her mother purchased this painting in the early 1970s from Otto Zenke, a leading 20th-century designer from Greensboro, North Carolina.

Note: According to a note affixed to the stretcher the "Young Hector was built by William Howland at Padanaram near New Bedford, Massachusetts, in 1850 at the expense of $50,000."

William Bradford was born and raised in Fairhaven, Massachusetts, across the harbor from New Bedford, the home to the nation's largest whaling fleet. In 1852, after a failed clothing retail venture, a demise caused by his own admission because he "painted too much," he took up painting ship portraits as a profession. In 1854 he set up a studio in Fairhaven, where he collaborated with the Dutch artist Albert Van Beest, who became a mentor and teacher until his death in 1860. Bradford accepted commissions from local mariners, and, following a standard formula of port painters of the time, he accurately and painstakingly depicted the whaleships of New Bedford and Fairhaven and eventually the clipper ships of Boston. In the 1860s, Bradford's interests shifted northward, and he began traveling to Labrador, Nova Scotia and Greenland to paint and photograph the arctic regions. He published a book about these travels in London and in 1882 received a royal commission from Queen Victoria. Bradford eventually set up a studio in San Francisco to paint the natural wonders of the American west. He later returned east to New York City, where he died in 1892.

This painting of the Young Hector, from early in Bradford's career, most closely resembles that of the Whaleship Jireh Perry off Clark's Point, New Bedford, which is illustrated in the exhibition catalogue William Bradford: Sailing Ships and Arctic Scenes by Richard C. Kugler, New Bedford Whaling Museum in association with The University of Washington Press, Seattle, 2003, p. 89, fig.1.

Another paper label attached to the stretcher reads, "Property of Willard Straight." Willard Straight was born in 1880 in Oswego, New York. Early in his life, both his parents contracted tuberculosis and died, and the young boy was adopted by family friends. After graduating from Cornell University in 1901, Straight began a career with the Chinese Imperial Maritime Customs Service. This position gave him entrance to the diplomatic world of the Far East. After the Russo-Japanese War, during which he served as a Reuters correspondent, he held diplomatic positions in Korea, Cuba and China. His work caught the attention of leaders at J.P. Morgan, who hired him as their Far East analyst. In 1911 he married American heiress Dorothy Payne Whitney. With her financing, she, Straight, and their close friend Herbert Croly founded the progressive magazine The New Republic in 1914. When the United States entered the First World War, he became active in the Preparedness Movement and joined the army. He was sent to France, where he died in the influenza outbreak in 1918. His widow then carried out his request to carry on his support of Cornell, overseeing the construction of Willard Straight Hall.

Numerous scattered tiny spots of retouch to sky and water,a prevalent line on the left side in a C formation about 4 1/2 in. lg., another about 10 in. line on stretcher edge near the top, and areas around edges from frame rub very few spots of retouch on vessels. 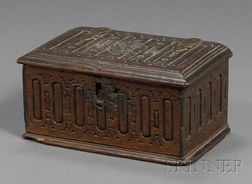 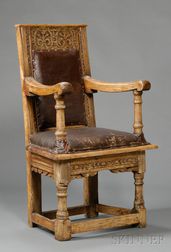 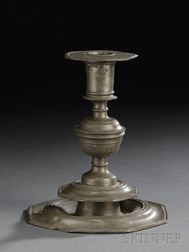 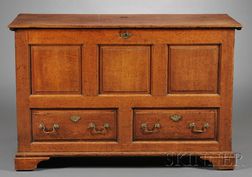 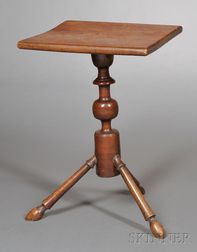 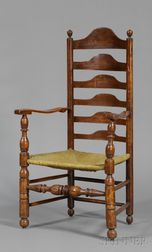 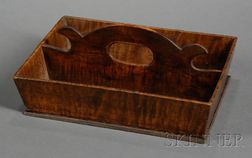