Henry van Wolf (German/American, 1898-1982) Large Bronze Figure of an Elephant and Riders Being Attacked by Lions 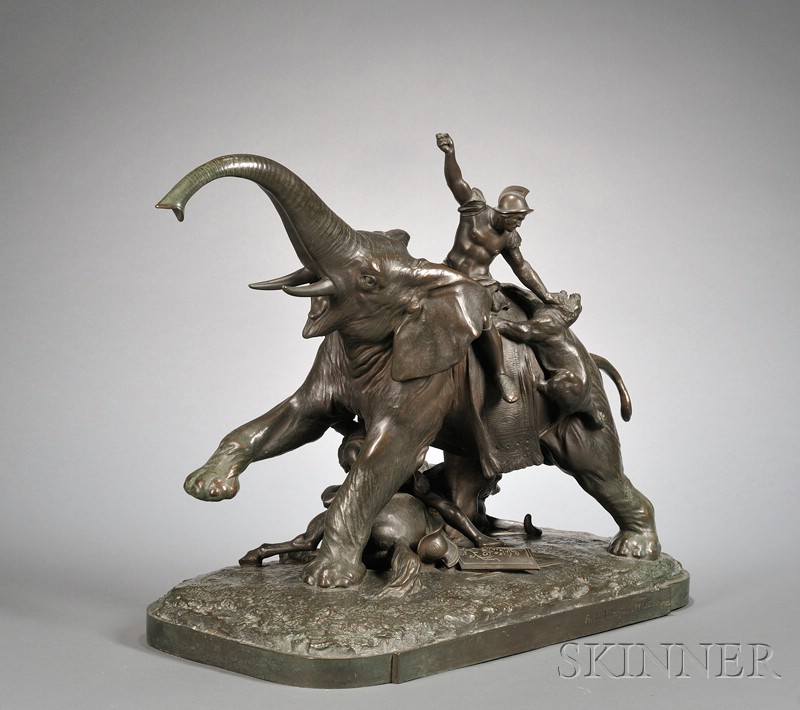 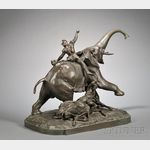 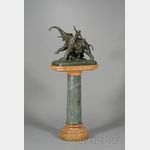 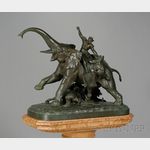 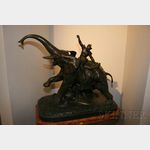 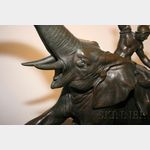 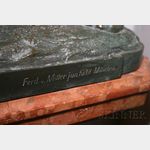 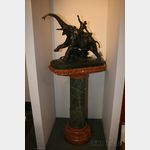 Large Bronze Figure of an Elephant and Riders Being Attacked by Lions, the elephant with riders fending off an attacking lion, the elephant striding over a prone horseman, cast by Ferdinand von Miller II (German, 1842-1929), incised signatures on base "Ferd. v. Miller jun. fudit. Munchen Wolf inv. et mod.," ht. 22, wd. 26; together with a large classical-style green and pink marble pedestal with wide oval top, ht. approx. 43 in.

Note: Ferdinand von Miller was the son of the founder of the Royal [Bavarian] Bronze Foundry, and carried on his father's footsteps. He was also a sculptor himself. He sent many prominent works to the United States, including the Sinton fountain in Cincinnati, and a war memorial in Charleston. Henry von Wolf was born in Germany, and studied bronze art under von Miller before emigrating to the United States, and becoming a U.S. citizen.
Estimate $8,000-12,000

Bronze in very fine condition throughout. Pedestal base with some minor edge chipping. Spear missing. 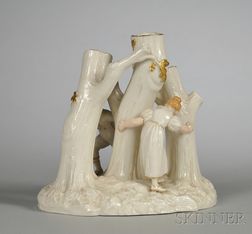 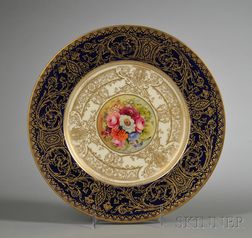 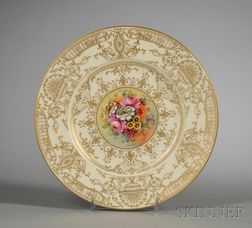 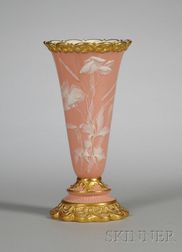 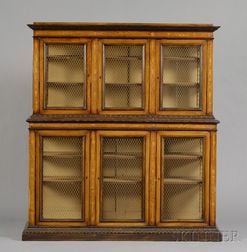 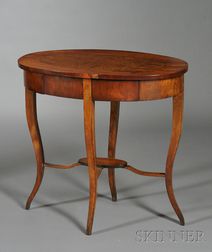