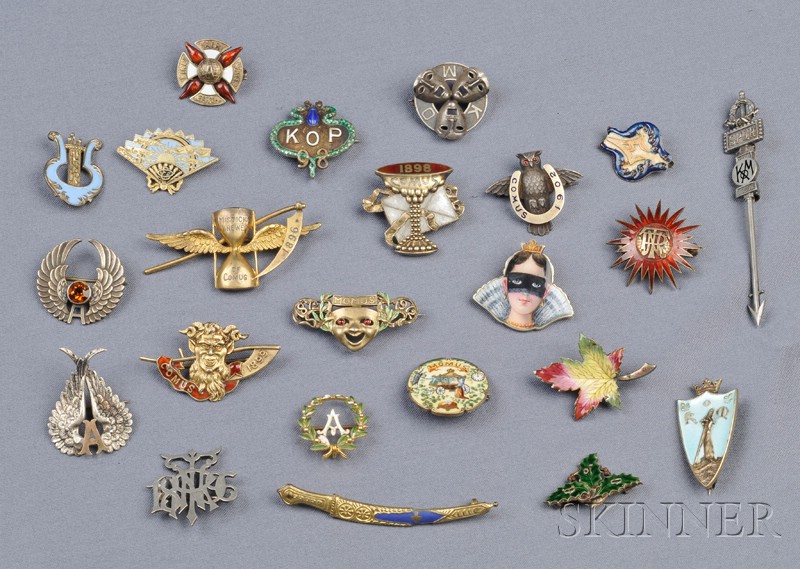 Group of Antique and Vintage Mardi Gras Fraternal Society Related Pins, comprising four Knights of Comus, five Knights of Momus, and one knight of Proteus fraternal pins, an enamel masked lady, maker's mark for Gorham, and nine additional pins for the societies "A", "TNR" , E of O, and others, sterling and gilt mounts.

Note: By the mid 19th century, many New Orleans residents had begun to take the view that the old Catholic Creole Mardi Gras tradition was on the decline. In 1856, a group of New Orleans businessmen associated with the Pickwick Club founded a secret society, the Mistick Crewe of Comus, to restore dignity and mystery to Mardi Gras. A secret society, Members of Comus appeared masked at their events. The Society held the last parade of the season, a grand event with flambeaux, marching bands and thematic rolling floats, all characterized by mystery, pomp and splendor. Invitations to its Mardi Gras ball were highly prized, and the scarce and beautiful invitations themselves became collectors' items. The Mistick Crewes of Momus and Proteus were founded soon after Comus, to promote similar purposes.
Estimate $800-1,200 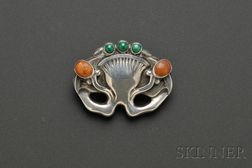 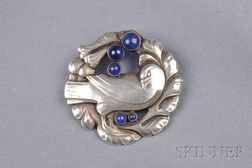 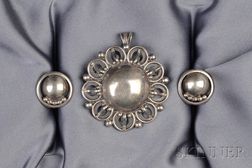 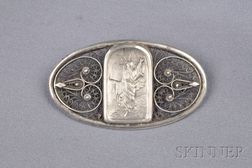 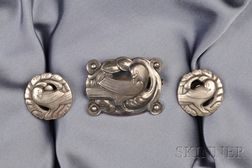 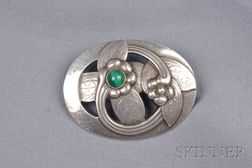 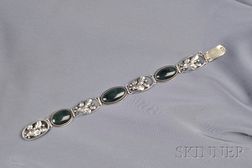 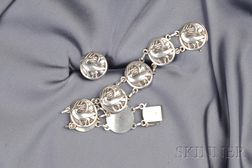