Arthur Fitzwilliam Tait (Anglo/American, 1819-1905) Doe and Fawns in a Landscape 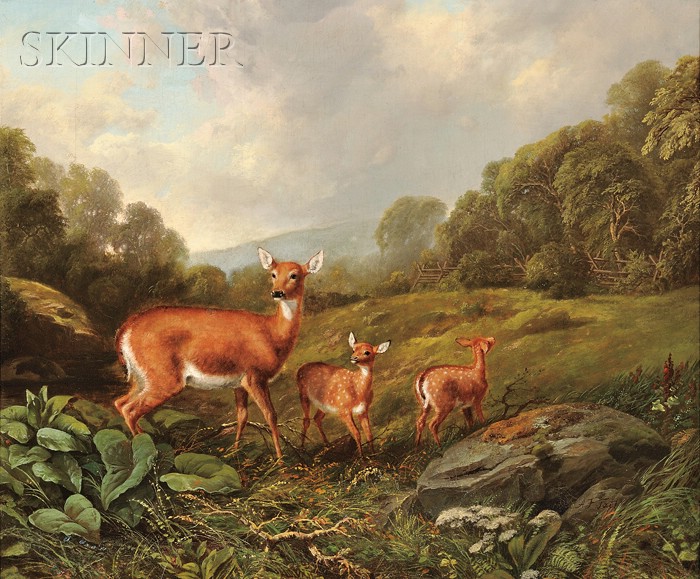 Provenance: By family descent to the present owner.

N.B. Arthur Fitzwilliam Tait was born in Liverpool, however, as a child moved to the English countryside near Lancaster where he first became interested in nature, animals, hunting and fishing. By the 1840s Tait relocated to Manchester where he worked at Agnew's Repository for the Arts, and discovered the work of Edwin Landseer and John Frederick Herring. Herring's use of color, in particular, inspired the young artist. In 1850, Tait, after viewing an exhibition of George Catlin's paintings of the American West, decided to move to America. He settled in New York where he painted views of the surrounding Adirondacks. He purchased a farm in Westchester Country, which offered the opportunity to paint animals in their natural environment. Tait is best known for these realistic, narrative scenes, often featuring animals and huntsmen, using rich natural colors.

Provenance: The present owner came into possession of the painting in 1979.