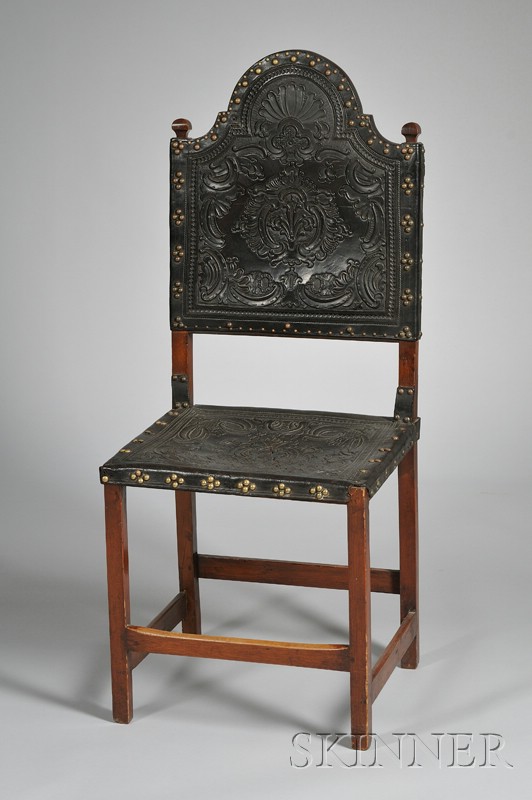 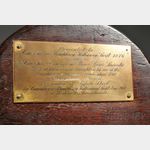 Mahogany and Tooled Leather Upholstered Side Chair, Lisbon, Portugal, late 18th century, the back with arched cresting overupholstered seat with brass tack decoration, brass plaque affixed to back is inscribed "Presented to Cavalhiero, Humphrey Hathaway Swift 1876 by Cavalhiero Francisco de Rago Raros Lacerda/Made in Lisbon and brought in by one of the families of the landowners about 1700, Peranmbuco, Brazil...," (imperfections), ht. 45 3/4, seat ht. 19 1/4 in.

Note: Humphrey H. Swift was born in New Bedford in 1819. In 1840, he traveled on the brig AMERICA, to Pernambuco, Brazil, his first of what would be many trips to the state in the South American country's Northeast region. In 1841, his $10,000 purchase of tea made during a trip to China was shipped to Brazil and sold for a handsome profit, and a merchant was born. Over the next sixty years, he established himself as a highly influential commercial and social force in Brazil, was celebrated as a Knight of the Empire of Brazil, and proved a friend to American sailors there. Despite his mercantile interests in the country, he was appointed the American consul to Pernambuco, a position he held for several years. He died in Cambridge, Massachusetts, in late April of 1911. 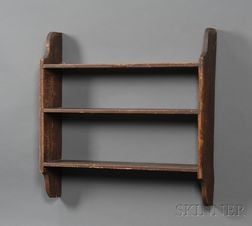 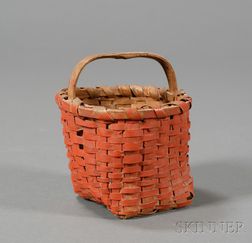 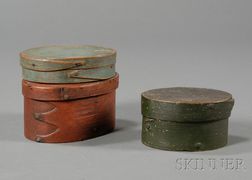 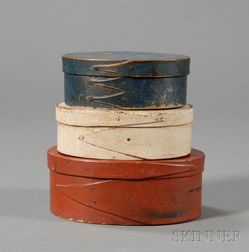 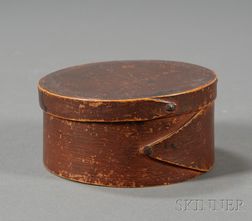 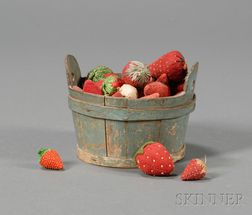