Note: Edward Tuckerman II was born December 29, 1740, in Boston. As a young man, he was apprenticed to a baker, and later ran a bakery on Orange Street in Boston. He married Elizabeth Harris in 1766 and together they had eleven children, several of whom became prominent citizens in Boston. In 1765 he joined the Boston Artillery Company. He was a member of the Sons of Liberty, and from 1774 to 1776 served as a lieutenant in the Continental Army. He also served in several philanthropic capacities in the Boston area.
Estimate $8,000-12,000 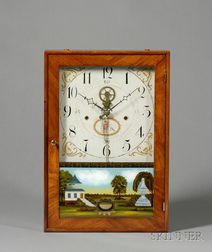 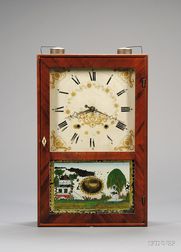 Cherry and Mahogany Box Clock by Eli Terry and Sons 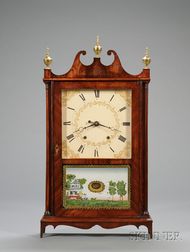 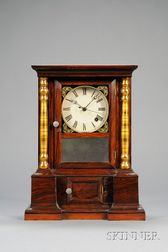 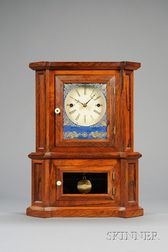 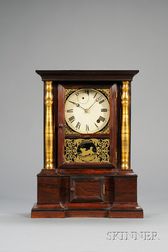 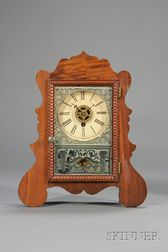 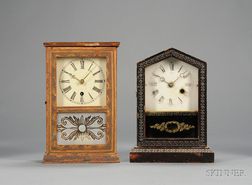