Oak Black Forest Wall Clock with Automaton and Musical Box, the case with carved cresting and dial surround, three carved and gilded stags, 8 in. dia. brass dial with raised Arabic numerals and two doors for the quarter-hour trumpeter and hourly cuckoo, the interior behind the gilt spelter figures of a man and woman standing on pedestals retains a tune sheet with twelve airs listed, all above a pair of hinged doors which on command open to reveal a street dancer automaton moving his arms and head while a twelve-air musical box with zither attachment plays a variety of selections including "Ta Ra Ra Bum Deay," "My Sweet Heart's Man in the Moon," "Beggar Students," and "Comic Patrol," the clock movement is powered by three weights and regulated by a pendulum, ht. 41 in.
Estimate $4,500-6,500 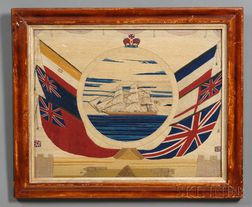 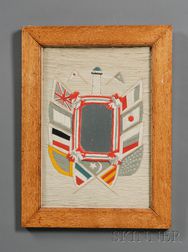 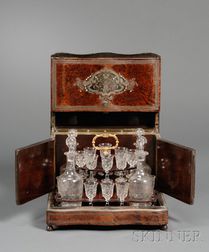 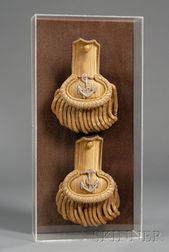 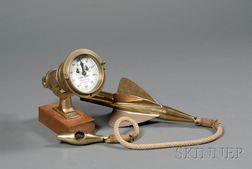 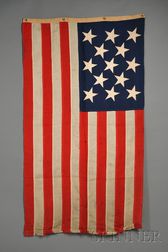 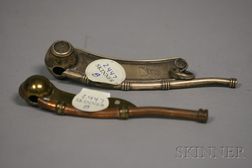