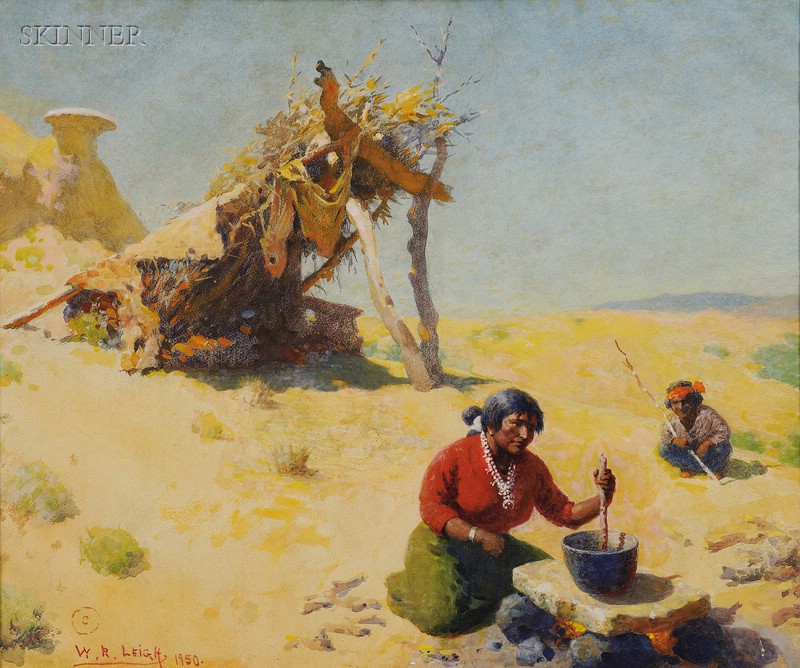 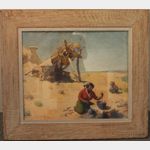 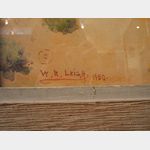 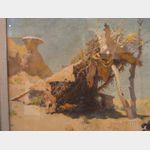 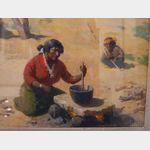 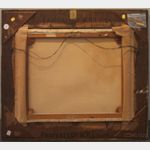 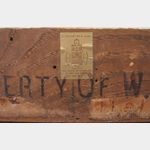 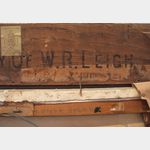 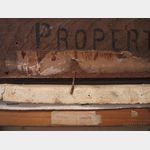 N.B. William Robinson Leigh was born in Berkley County, West Virginia. It was in the idyllic surroundings of his family property, "Maidstone," where Leigh first discovered his love of nature. At the age of fourteen he moved to Maryland to attend the Maryland Institute of Art. After two years there, he chose to continue his studies at the Royal Academy in Munich, and was trained in the Munich tradition, which included a tendency towards unpretentious genre subjects, discipline of line, vigorous brushwork, and dexterous use of color. (1) After studying in Europe, Leigh returned to America, settled in New York, and soon began to work as an illustrator. He illustrated a series of articles entitled ³Railroad² for McClures, and it is most likely there that he learned that the Santa Fe Railroad, through its advertising division, sponsored art excursions to the Grand Canyon and surrounding areas. (2) He arrived in New Mexico in 1906, and as he stepped off the train he recalled ³At last I was in the land where I was to prove whether I was fit--worthy of the opportunity--able to do it justice..." (3) Leigh was able to fuse his love of nature from childhood and his training in Munich with the rich subjects and surroundings of the American Southwest.
Often traveling by wagon, he visited the Indian villages, where he found a rich variety of subjects. He applied his Munich training to these subjects, emphasizing the sharp color contrasts, symmetry of the dwellings, and primitive and unspoiled culture. (4) He thought, "it would be impossible to add, or take away anything, to heighten the fabulous picturesqueness; color, line, massing, distribution--everything was perfect." (5) Leigh often returned to New York and dabbled in many things, including painting stage scenery, writing, and accompanying a scientific expedition to Africa, but he was inevitably drawn back to Southwest. At the age of 70, he ultimately returned to the Southwest to paint and entered the most productive and most celebrated period of his career.

Sheet is wrapped around canvas and stapled to stretcher bars on reverse, but does not appear to be glued down to canvas (due to apparent air pockets and suppleness of canvas) but have not examined the work out of the frame or attempted to remove sheet to confirm this, no apparent tears to sheet, subtle craquelure. 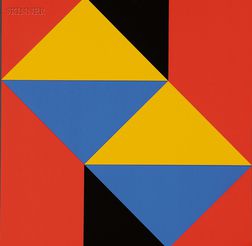 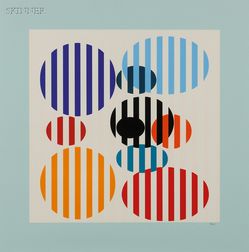 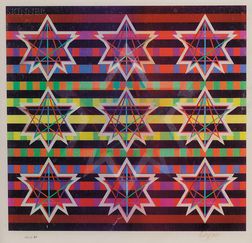 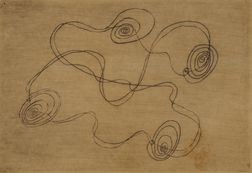 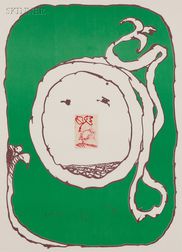 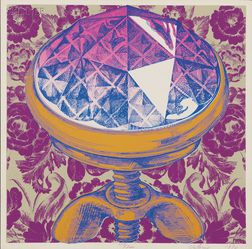 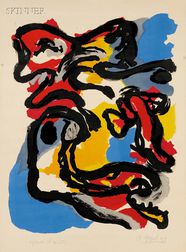 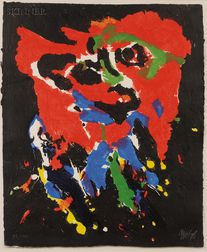