Neoclassical Ormolu French Mantel Clock for the American Market, Dubuc, Paris, c. 1810, with Washington depicted in commander-in-chief military regalia, with a sword in his left hand and his resignation in his right, which he offered to Congress on December 23, 1783, an eagle with outstretched wings facing Washington clutching olive branches and arrows on a raised plinth engraved E. PLURIBUS UNUM, 4 in. dia. enameled Roman numeral dial signed "Dubuc, Rue Michel-Le-Comte No. 33, Paris" and enclosed within an engine-turned ring, Breguet-type moon hands, scroll and star spandrels, a drapery swag below flanked by flaming torches and inscribed in raised lettering WASHINGTON First in WAR, First in PEACE, First in the HEARTS of his COUNTRYMEN, object right side with applied bow, arrow and quiver iconography, the base with raised plaque depicting Washington returning his sword and flanked by horizontal lyre-shaped plumage on a molded base with engine-turned bun feet, 3 3/4 in. dia. brass eight-day time and strike movement with countwheel strike, silk thread suspension and pendulum, (No significant repairs or restoration.) ht. 19 1/4, wd. 14 3/4 in.

Provenance: This clock was presented to Elgin Ralston Lovell Gould (1860-1915), Chamberlain of the City of New York, by the city about 1901-03 and has remained in the family until the present. A memorial volume of Elgin Gould published in 1916 accompanies the lot.

Note: In the iconography on this clock, Washington is being likened to the great Roman citizen-soldier, Cincinnatus, who earned his reputation after he had been called to protect Rome as her military leader. Instead of entering Rome as the great conquering General, he returned to his life as a citizen farmer. Washington became the modern Cincinnatus by relinquishing his sword to the Congress and returning to Mt. Vernon. 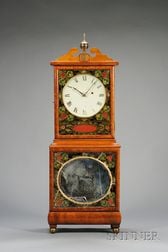 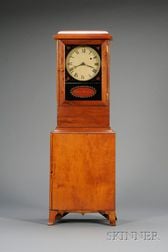 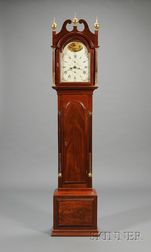 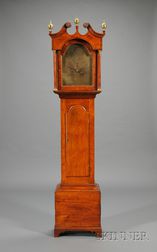 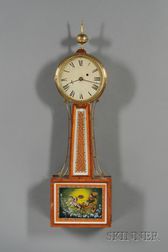 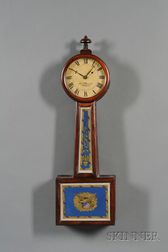 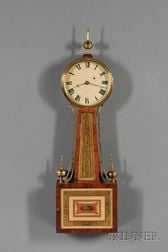 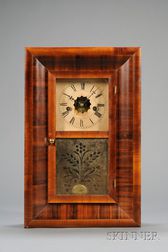