Custer, George Armstrong (1839-1876), Autograph letter signed, The Arlington, Washington, D.C., Sunday [April 30th], 1876, two pages, to his cousin Augusta Frary, begging out of a proposed visit and discussing his need to speedily return to Fort Lincoln, 8vo, (pinholes to left margin, chipping to one edge). Text in full: "My dear Cousin/I received your last letter yesterday. As stated in my former letter it seems as if fate surely intended that we are not to see each other at present. Serious Indian difficulties call me quickly to Dakota. I expect to start tomorrow evening and as time is important I must select the quickest route which will take me via Harrisburg-Pittsburgh & Cleveland. So hurriedly will I travel that I will be able only to stop over one train to visit Mother. However we must not give up the idea of a visit-Mrs. Custer & I expect to return to the east early in the fall. In which event we will not be hurried in our movements but will surely count upon making you and yours a satisfactory visit - I hope you will write to me after receipt of this addressing me at Fort Lincoln, Dacotas. With kind remembrances to your mother and husband I remain, Your affectionate cousin, George".

Note: Anxious for the approval from Grant to travel west to rejoin the 7th Cavalry, Custer waited in vain for an appointment with the President, whose approval was paramount to the ongoing Indian operations. Finally, exasperated by Grant's refusal to see him, he left without permission on a train bound for Chicago on May 2nd. This is certainly one of the last letters penned by Custer prior to his departure west for the Territories and sent less than two months before the battle at the Little Big Horn.
Estimate $15,000-20,000 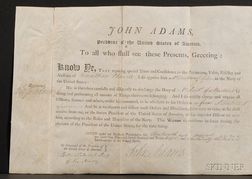 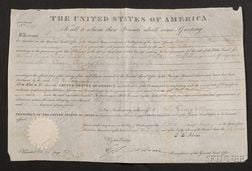 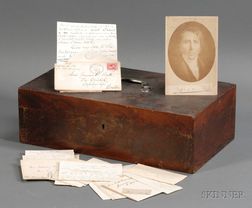 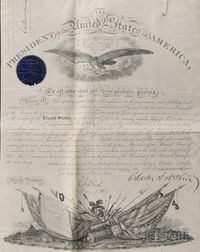 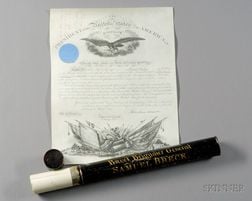 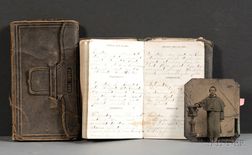