Note: Robert Field, a portrait painter, miniature painter and engraver enjoyed success in his time, but fell into relative and undeserving obscurity following his early death in 1819, according to Field scholar Harry Piers. Born in England in 1769, Field spent time in Nova Scotia, and throughout the American northeast, painting all manner of important local and national figures: judges, generals, merchants, and politicians. In all he painted hundreds of portraits and was one of the four most highly sought American miniaturists in his time. It is no wonder, that being the case, that Martha Washington herself commissioned Field in 1800 to paint a group of miniature as mementoes for friends and family, meant to commemorate the revered General and President on the one-year anniversary of his death.

As Piers tells us, two groups of miniatures of George Washington were produced by Field at Martha's request in late 1800, the first group showing him in civilian dress, the second as general in full uniform. While the first group is comprised of at least six distinct examples given to friends and confidants, the second as far as is known consists of only two (including the present lot),which went to the two daughters of Eleanor Calvert Custis Stuart and her second husband David Stuart. Eleanor Calvert Custis Stuart was the widow of Martha Washington's only son from her first marriage, John Parke Custis. The present lot has been passed through the family since its completion.

An 1882 mention exists that puts Robert Field at Mount Vernon in 1798, and though the dated miniatures are all inscribed either 1800 or 1801, the chance exists, according to that author, that the appearance of Washington in the present lot is based at least in part on a life study by Field himself ("Pictures of Washington: Some Original Portraits of Our First President," New York Times, March 19, 1882). However, Piers thinks it is more likely that, for his miniatures of Washington, Field used existing originals to create a composite portrait: "one of the [Gilbert] Stuart paintings of 1795 in the Vaughan type, for the portraits in civilian dress; and for those in uniform, Field's miniature rendering of the same original was the basis for the head, while one of Walter Robertson's miniatures of 1794…was the guide for the coat and the composition as a whole" (Piers, p. 158). By contemporary accounts, the Field miniatures were hailed as more "agreeable" likenesses than the Vaughan type Stuarts "by improving the expression, thus freeing it from the original's fault - an unnecessarily severe countenance." (Piers, p. 160) And regarding the overall nature of the present lot, in Piers's opinion, "the uniform, clouded background, and general composition are improved renderings of one of the miniatures by Walter Robinson" (Piers, p. 166).

Field framed and presented his miniatures relatively consistently, according to Piers, who of course had seen many of them. To wit, they are "tastefully mounted in plain, narrow, oval gold cases…with an immovable suspension ring… and the back of the case often contains a plaited…lock of the sitters hair, sometimes ornamented with… a gold monogram" (Piers, 146).

Provenance: The present lot was presented by Martha Washington to Sarah "Sally" Stuart, second born of the two daughters of Eleanor Calvert Custis Stuart (those two also being step-granddaughters of Martha Washington). From Sally, the miniature was intended to go to William Eugene Webster, Sally's nephew, but Webster was killed in the Civil War and the miniature went instead to Sally's great-niece Rosalie Eugenia Stuart. Rosalie willed the miniature to her son, Daniel, and Daniel willed it to his nephew Robert, the consignor.

Leather case is probably not original, clasps are broken. 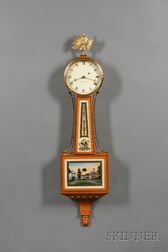 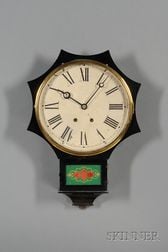 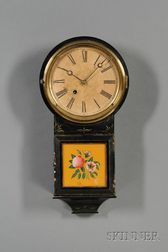 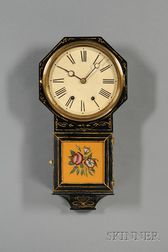 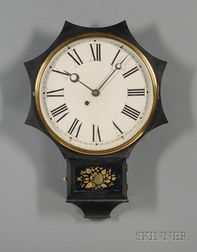 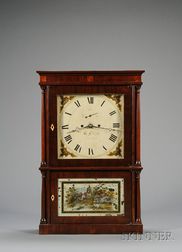 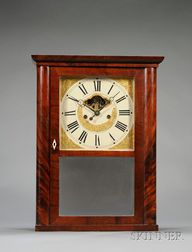 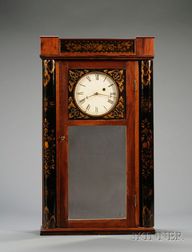