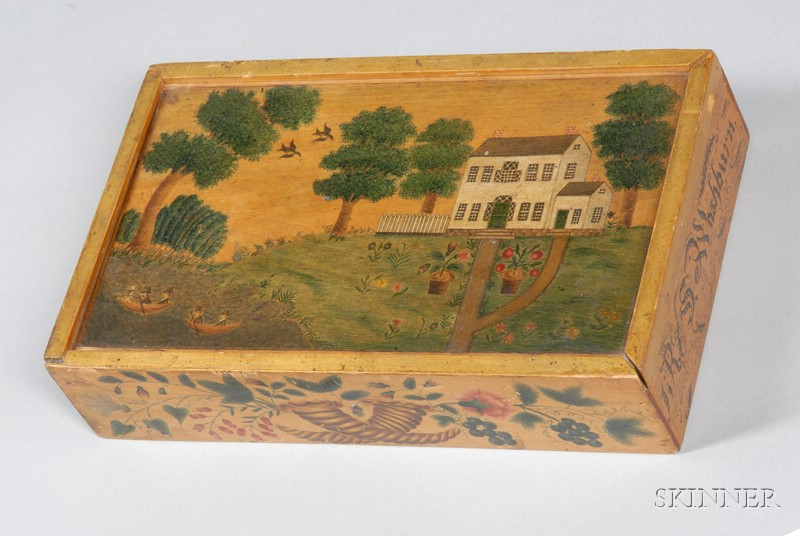 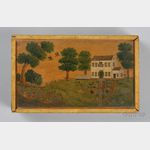 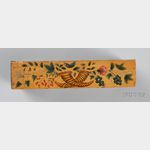 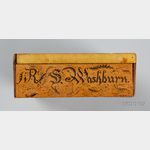 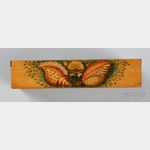 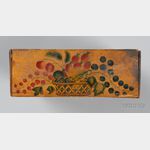 Academy Painted Slide-lid Pencil Box, attributed to Roxana Stratton Washburn, (b. July 2, 1808), Vernon, Vermont, c. 1825, rectangular box with sliding lid and compartmented interior, polychrome watercolor and ink decorated lid and sides, the lid painted with a scene of a house beside a river with two rowboats, the sides decorated with flower-filled cornucopia, a basket of fruit, and seashells, one side fancifully inscribed "R.S. Washburn.," ht. 2 1/8, wd. 6, lg. 10 in., accompanying the box are two typewritten notes with information by a descendant of the painter of the box, and a c. 1935 photo of the house, and genealogical information about the Washburn family.

Note: Roxana Stratton Washburn (b. July 2, 1808, was the second of six children born to Dr. Cyrus Washburn (b. November 5, 1774, at Hardwick, Massachusetts, d. Jan 22, 1860) and his second wife, Rhoda Field (1785-1826). According to family tradition recorded by Shirley Walker, great-great granddaughter of Cyrus and Rhoda Washburn, Dr. Washburn came to Vernon, Vermont, "as a young doctor and built a log house near the 'never-failing' spring which has served the property ever since. In 1826 he built the sturdy frame dwelling still existing - named 'Twinhearts' because of two intertwined hearts carved on one door. He and Rhoda were singularly devoted to each other. Except for its height, the pencil box drawing is a good representation of Twinhearts. Perhaps it was a 'dream' picture (done before the house was built?), for Rhoda died in childbirth during its construction. Griefstricken, Cyrus ran out and told the workmen to put the roof on without completing the second story which was to make the home one of the show places in Vernon. As a result it looked like 1 1/2 stories... The Doctor was well known for his medical skill, his charm, physical strength, and his practice of writing a poem for each of the 853 couples he married. As brides and grooms flocked from New Hampshire over the border, vernon became known as the 'Gretna Green of Vermont.' The town historian wrote in part, in 1855: 'There was a charm in being married to the "melody of rhyme" and in the golden advice and hospitality of the marriage mansion. To the envy of all the towns around, it was the romance of the day to be married at 'Gretna Green.' Vernon borders the Connecticut River, shown on the pencil box as virtually in the front yard of the Washburn home. The river is actually about a half-mile away, beyond pastures and groves of pine trees."

A little separation of the pegged joinery around the top of the sides, very minor spots of paint wear. 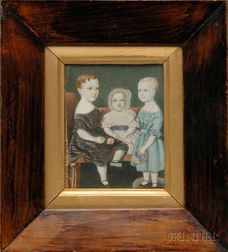 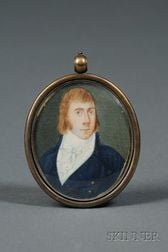 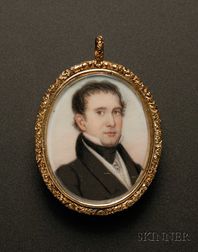 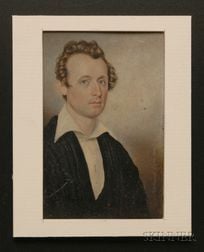 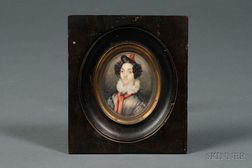 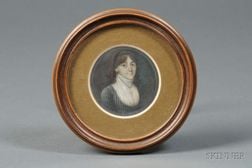 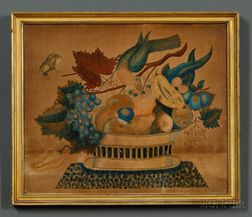 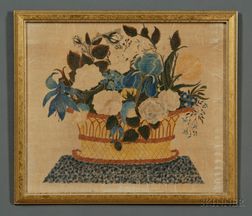