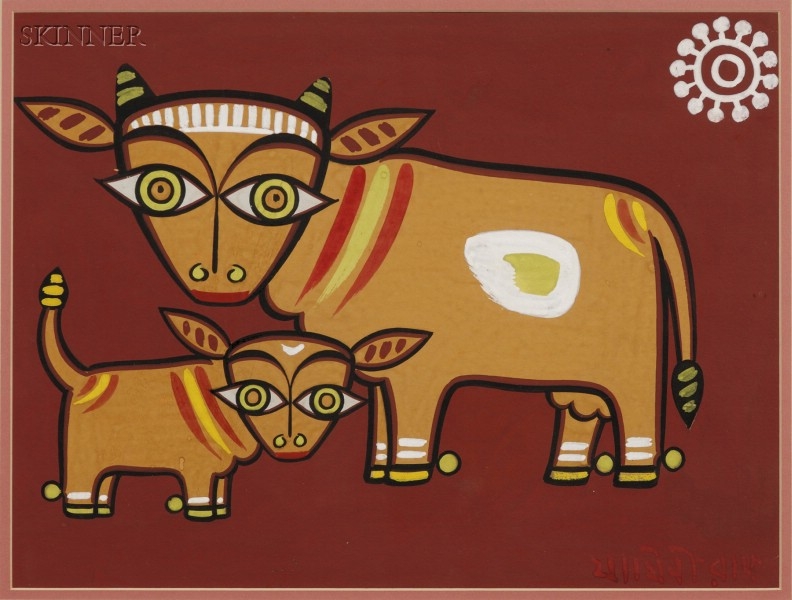 Sacred Cow and Calf
Signed l.r.
Tempera on paper, sight size 12 x 15 3/4 in. (30.5 x 40.0 cm), framed.
Condition: Not examined out of frame.
Provenance: Purchased from the artist's representative in Calcutta, 1963; private collection, Pittsburgh, Pennsylvania.
N.B. The primitive styles of native Bengali art began to inspire Bengali-born artist Jamini Roy in the 1920s. Until then, Roy had been working in a European academic style learned at the Government School of Art, Calcutta. By several accounts, Roy's rejection of the academic style arose from an artistic dissatisfaction with naturalism and a desire for a more expressive technique. His attraction to the Bengali indigenous arts, however, can also be explained by the political climate of his time. A sense of Indian nationalism was growing-the stirrings of which would eventually result in independence in 1947. Roy had come to reject the "bourgeois notion of the artist's uniqueness with an artisan's modesty" and sought to "make art available to the Bengali middle class." (1) On this belief, Roy formed a workshop of artists trained to reproduce his native-inspired motifs. The present work is paradigmatic of Roy's native-influenced style. Mother cow and calf are depicted in bold outlines that differentiate space, and earth-toned color is applied flatly. The decorative motif in the upper right flattens the space further by recalling a textile pattern. In this way, Roy blurs the distinction of art from craft. In subject matter, Roy refers directly to agrarian culture as well as Hindu symbolism. The cow is widely appreciated in Hindu culture for its bountiful labor and resources, and revered for its gentle nature. In the present work, the subject matter is particularly appropriate for the medium-a beast of burden characterized by the earth pigments in which he toils.
Estimate $6,000-8,000


Masking tape affixed to all sides with minor skinning to areas of old adhesive on the reverse, minor creases to u.r. and l.l. corners. No additional documentation accompanies the lot. 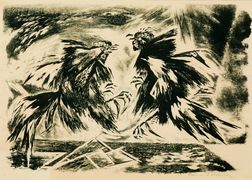 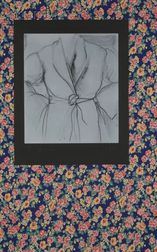 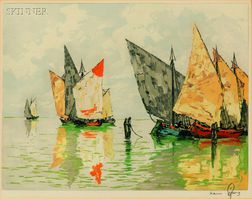 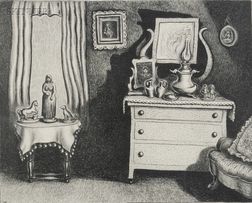 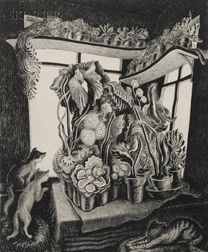 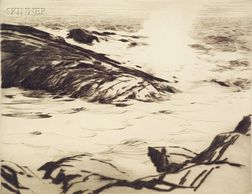 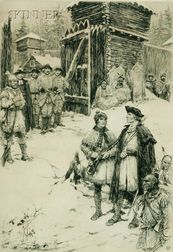 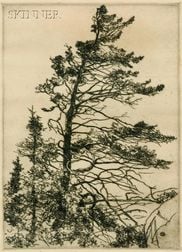