Note: According to genealogical records Benjamin Witt was the fourth child of seven born to John and Sarah (Ivory) Witt in Brookfield, Massachusetts on August 15 1750. He Married Olivia Campbell January 22, 1787 in Oxford, Massachusets and together they had nine children. He died April 17, 1818.
Estimate $6,000-8,000 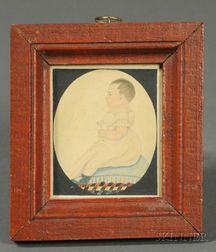 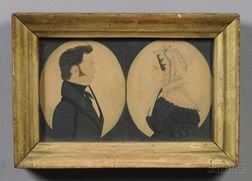 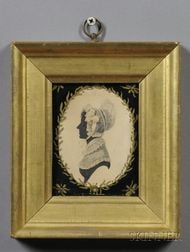 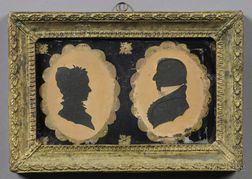 Double Silhouette Portraits of a Lady and Gentleman 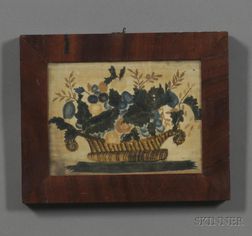 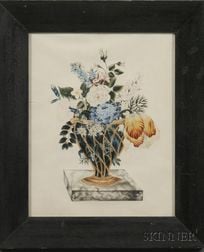 American School, 19th Century Theorem of a Basket of Flowers. 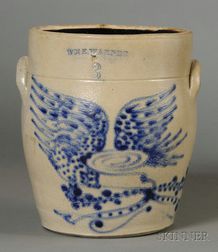 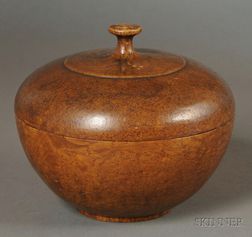