Modernist Portrait
Indistinctly signed or inscribed l.l., signed and dated "JGraham 55" on the
stretcher, dedicated "To Margaret and For... with regards and affection JGraham" on the reverse.
Oil on canvas, 20 x 16 in. (50.8 x 40.6 cm), framed.
Condition: Craquelure.
N.B. John Graham played an integral role in the development of Modernism in 20th century art. Born Ivan Dabrowsky in Kiev, he fought in the Russian Revolution before leaving for Paris, and then ultimately arriving in New York. He studied at the Art Students League where he was strongly influenced by the realism of Ashcan School painter John Sloan. Graham was also inspired by African art and the European Avant-Garde movements. His developed a unique style, marked by the flattening of space and play in the relationship between form and line, that reflected these diverse influences. His belief that the subconscious could be accessed through painting was a precursor to the Abstract Expressionism movement, and Graham befriended and influenced many artists in the younger generation, such as Jackson Pollock.
Estimate $8,000-12,000 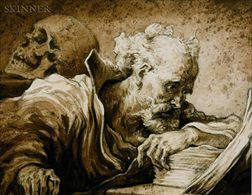 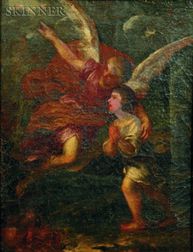 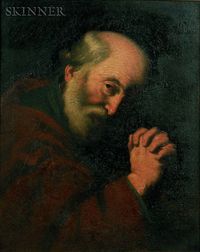 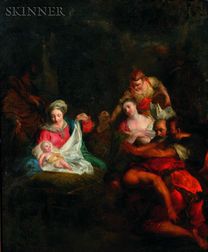 Attributed to Christian Wilhelm Ernst Dietrich (German, 1712-1774) The Adoration of the Magi 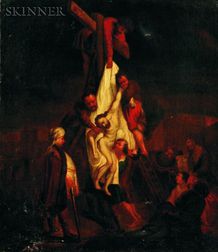 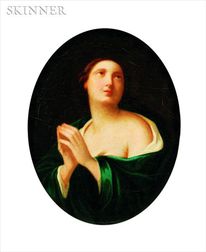 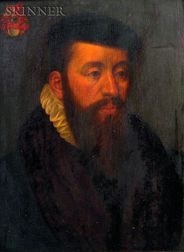 Manner of Francois Clouet (French, before 1522-1572) Portrait of a Gentleman 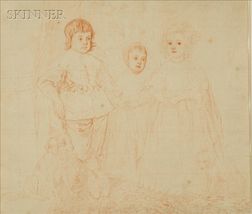 After Sir Anthony Van Dyke (Flemish, 1599-1641) Sketch for Children of Charles I