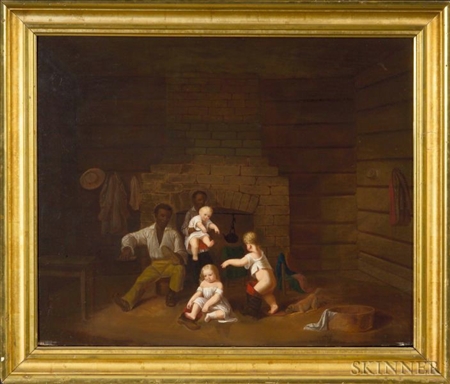 Genre Painting Sunday Morning in the Kitchen, 1840s. Unsigned. Oil on panel, the family scene depicted took place in the Versailles, Kentucky, home of Joseph Coleman Carter and Margaret Crockett Carlyle Carter, whose children pictured. along with two slaves, were Margaret in the foreground and Joseph Coleman Carter in the background with Daniel Drake Carter off to the viewer's right, 24 5/8 x 30 in. in original frame. Condition: Minor inpainting, revarnished.

Provenance: Family descent through the Carters to the consignor. The kitchen pictured in this painting remains much the same in the extant Kentucky home. The preceding lot pictures Daniel Drake Carter some 17 years later. The Carter family lived in Williamsburg, Virginia, until they migrated to Versailles, Kentucky.

Note: Charles A. Vaughn was a portrait painter in oils, who was active in Cincinnati from 1844 to 1856, and three years later in St. Louis. He also worked in Kentucky, according to the Dictionary of Artists in America.
Estimate $8,000-12,000 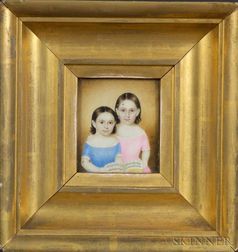 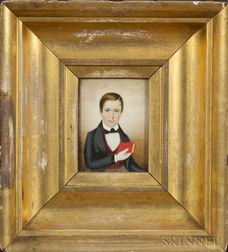 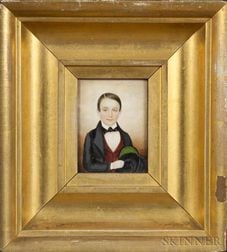 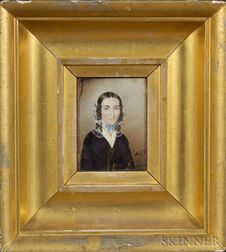 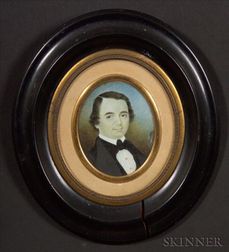 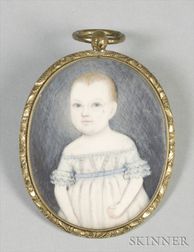 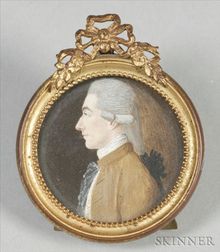 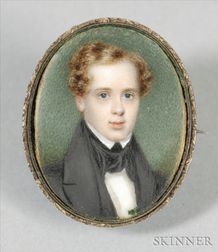