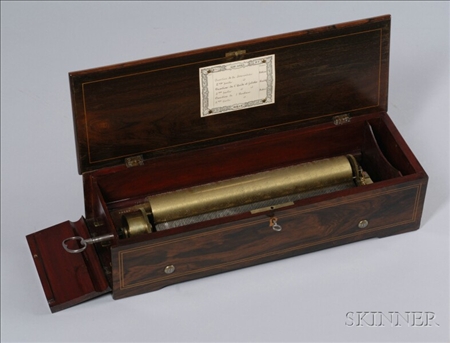 Rare Three-Overture Key-wind Musical Box by Lecoultre, No. 20929, the brass bedplate engraved B, B & Cie, playing the overtures from Somnambula, Il Puritani and Handel's Acis & Galatea in two revolutions each of the six-step cam, in figured rosewood case with red interior, hinged endflap, replaced tune-sheet, two lines of boxwood stringing on the front and three on the lid, wd. 20 1/2, cylinder 13 x 2 1/8 in.

Note: A rare form of overture box, in which long overtures are played in two revolutions of the standard-diameter cylinder. Bellini's Somnambula and Il Puritani were composed in 1831 and 1827 respectively. The middle tune, Acis and Galatea, is an unusual choice for a musical box. Composed in 1718 and revived frequently from 1731, it was variously described as a Masque and a Serenata, although Gray's 1732 description of the work as an "English pastoral opera" is the most suitable, as it was Handel's only stage work written in English. Telling of the love between Acis and Galatea, the work was praised for its characterization of the galumphing giant Polypherus, the sensitivity of the choral work, and the subtlety of the orchestration, themes which are well-suited to the complex arrangements of this particular box. There are approximately 135 teeth in the comb, and tunes last around two minutes.
Estimate $8,000-12,000 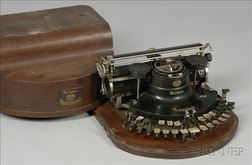 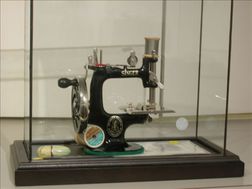 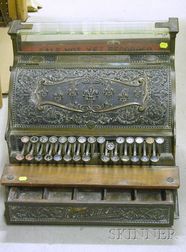 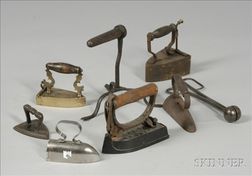 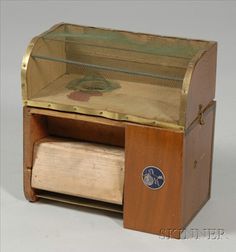 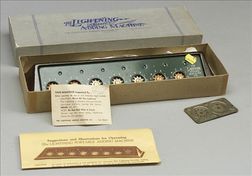 Group of Calculators and Slide Rules 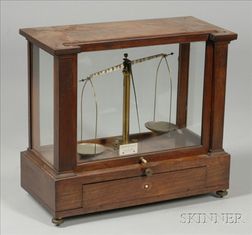