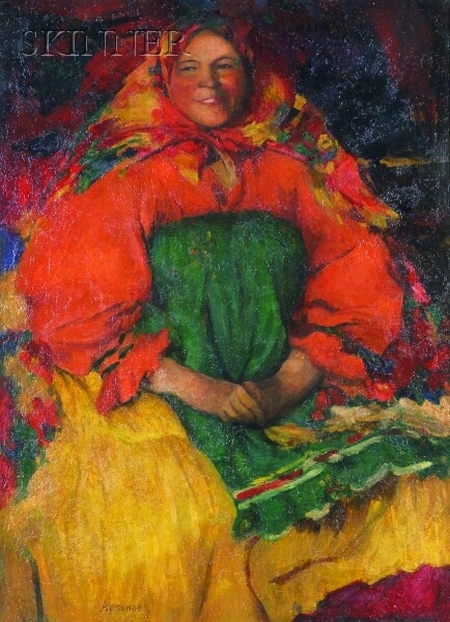 Girl from Ryazan
Signed in Cyrillic l.l.
Oil on canvas, 46 x 33 1/2 in. (116.8 x 85.1 cm), framed.
Condition: Lined, extensive retouch and varnish inconsistencies.
Provenance: Purchased at Russian art exhibition at the Grand Central Palace in 1924, then descended within the family of the present owner.
Exhibitions: Exhibition of Contemporary Art of Soviet Russia, Grand Central Palace, New York, February, 1929, no. 9; Exhibition of Russian Painting and Sculpture, Realism to Surrealism, The Wilmington Society of the Fine Arts, 1932, no. 8.
N.B. Born in the Ryazan province of Russia in 1862, Arkhipov studied at the Moscow School of Arts and continued at the Petersburg Academy of Arts after which he visited western Europe. He was a member of the Association of Itinerants and was a founder of the Union of Russian Artists. Arkhipov devoted his career to the portrayal of Russian peasant life, creating lively and rhythmic compositions with rich colors. The piece is characteristic of Arkhipov's work from the early 1900s. At that time he painted portraits of the peasant women from the Ryazan and Nizhny Norgorod regions, dressed in brightly colored costumes.
Estimate $15,000-25,000 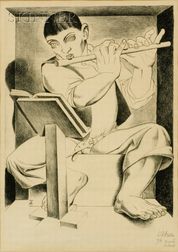 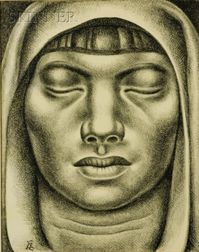 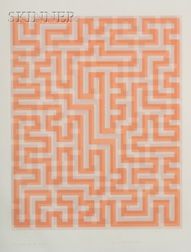 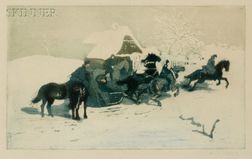 Adolf Jelinek Alex (Czechoslovakian, b. 1890) Horsemen and Sleigh Before a Cottage. 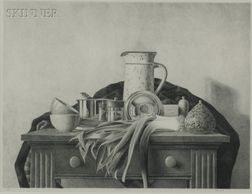 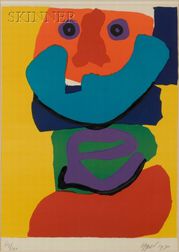 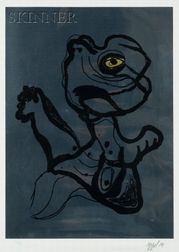