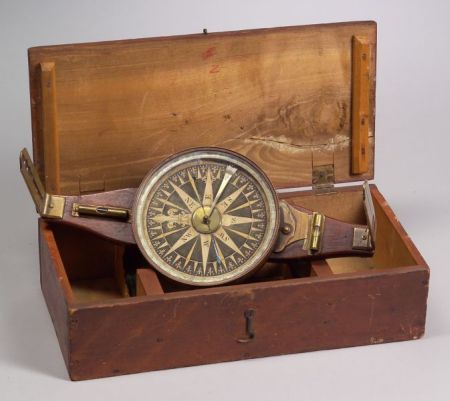 Literature: Smart, The Makers of Surveying Instruments in America Since 1700, p. 69 for illustration of a similar Hanks instrument. Benjamin Hanks was born in Mansfield in October 1755. His father, Uriah, was a farmer and watchmaker. In 1772, he left the family farm and became apprenticed to clockmaker Thomas Harlan in Norwich. Hanks fought in the Revolutionary War as a Tory, and then as a Whig, and from 1777 engaged in clock and watch making in Windham, moving to Litchfield in 1780 where he established a foundry for casting church bells. In 1783, he was granted a patent for his invention of a clock wound automatically by air, and in 1785 advertised his clocks, watches and surveyors' compasses.
Estimate $1,500-2,000 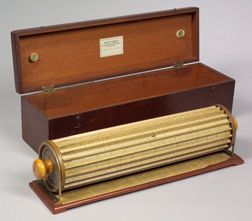 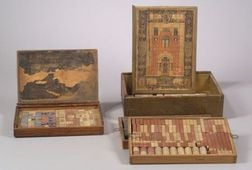 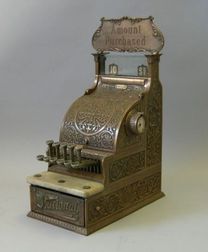 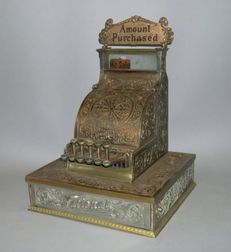 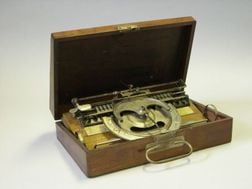 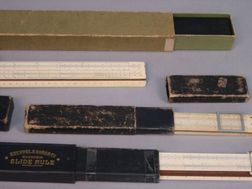