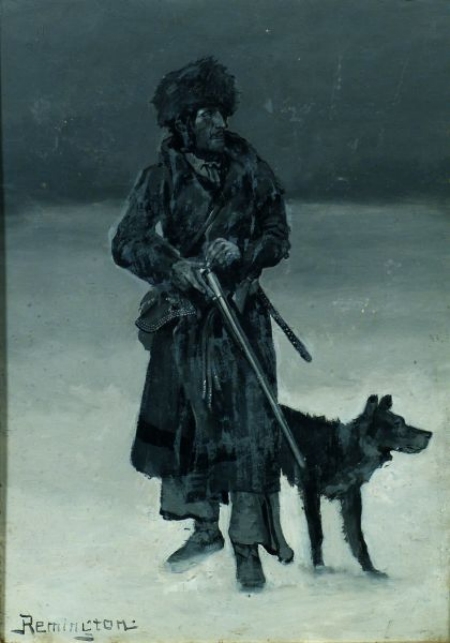 N.B. Born in Canton, New York, in 1861, Remington showed artistic talent and interest at a young age. Son to a Civil War cavalry officer, Remington naturally had a fondness for horses and was a skilled rider. After briefly attending a military academy at age 15, Remington left to study art at Yale University in 1878. Although initially enthusiastic, he soon became restless with the routine of art instruction and turned to athletics, he became Yale boxing champion and football player. After his father died in 1880, Remington traveled west. He studied the local history and strove to portray this history in his art, befriending cowboys, saloon keepers, soldiers, Native Americans and William F. "Buffalo Bill" Cody, whom he became great friends. After returning to New York City, he began working as an illustrator while attending the Art Student's League. Remington began receiving regular commissions in publications such as Harper's Weekly and Century Magazine. The work presented here was published in the latter, and reflects Remington's roots as an illustrator and his interest in documenting the fading culture of the American West.
Estimate $30,000-50,000 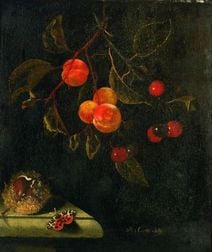 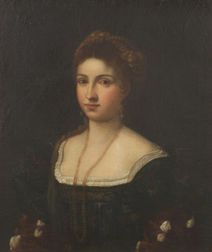 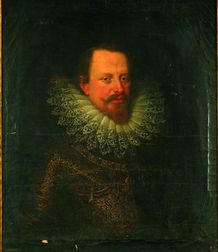 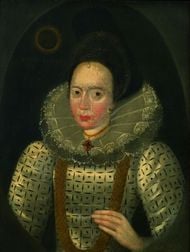 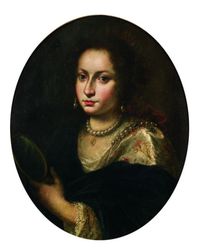 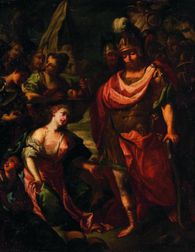