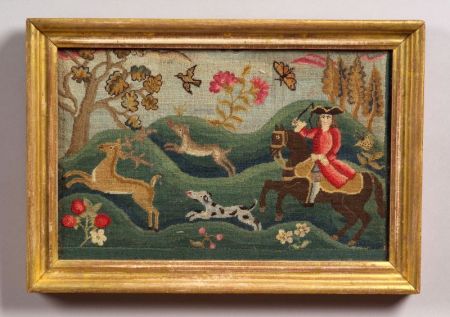 Wool Canvaswork Picture, Salem, Massachusetts, last half 18th century, the picture worked with tent-stitched wool yarns on a linen ground, depicting a hunting scene with a gentleman wearing a tricorn hat and red frock coat riding a brown horse through the countryside with his two dogs pursuing a stag, the background with rolling hills, trees, flowers, a bird, and a butterfly, (minor stitch losses), 9 x 14 in., in a molded giltwood frame.

Note: A penciled inscription on the reverse reads: Great Grandmother Clarke's Embroidery. This was done by the old lady who raised her grandson, John Fillis, after her daughter & son-in-law Fillis, John's parents, were lost at sea. John took the grandmother's name of Clarke, since he lived as her son, supercargoed on Salem voyages in which Mrs. Clarke had shares etc. ... John as John Lee Clarke, married, went west to Chicago in the Fort Dearborn days with his wife and five daughters, youngest of whom was Louisa who married Andrew Church (and later Whitfield) & who was mother of John and Howard "Clarke," & Louise Church Whitfield.
Estimate $15,000-25,000 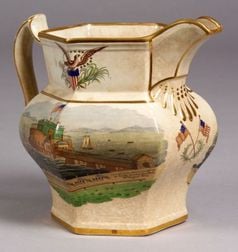 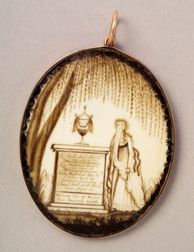 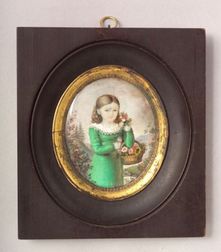 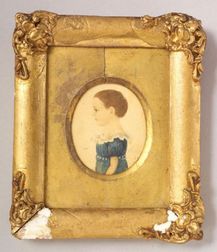 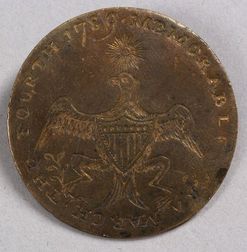 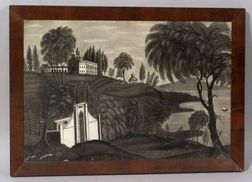 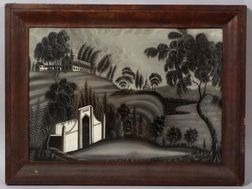 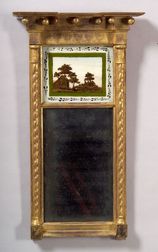