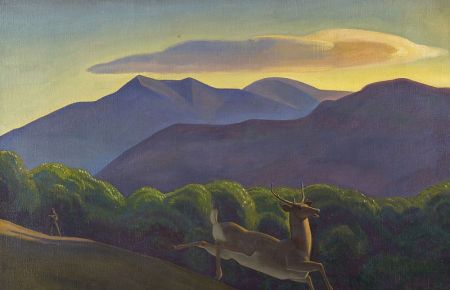 Provenance: From the artist, then by descent to the present owner.

N.B. Rockwell Kent was a critically acclaimed painter, muralist, printmaker, book illustrator, graphic artist, expert on typography, architect, builder, and craftsman. He lived in Maine, Newfoundland, Alaska, Greenland, and the Adirondacks. He was also an author, lecturer, explorer, farmer, dairyman, social activist, and amateur politician. His individuality, nonconformist views, and outspoken support of leftist causes during the early twentieth century through the 1950s brought him denunciation at the height of his career, a situation which was rectified towards the end of his life and after his death. Since the 1970s, his work has been the focus of numerous exhibitions and the demand for it has created a whole new generation of collectors.

Kent was born into a wealthy New York industrialist family in 1882 in Tarrytown Heights, New York. Early in his life, Kent was introduced through travel and surroundings to fine art and architecture. He studied architecture for three years at Columbia University, then changed his focus to art and began attending William Merritt Chase's Summer Art Classes in Shinnecock Hills, Long Island, as well as the New York School of Art, where he studied with Robert Henri, and befriended George Bellows.

This work was featured in the exhibition Know and Defend America, a traveling show assembled by Wildenstein & Co., New York. The show opened in New York in February of 1942 and closed in February of 1943 at the Boston Symphony Orchestra exhibition hall. The work was listed as catalog number 34 as indicated in the pencil inscription on the stretcher. In the catalog, Kent noted "And horns to hang up as a trophy. Some people like this sort of thing. I don't." The original owner, an artist in her own right, would have seen this work in Boston and then purchased it from the artist shortly there after. Kent also created a book plate for her.

Sportman's Delight will be included in the forthcoming catalogue raisonne of Rockwell Kent's work complied by Scott R. Ferris. We are grateful to Mr. Ferris for his assistance in cataloging this work.
Estimate $150,000-250,000 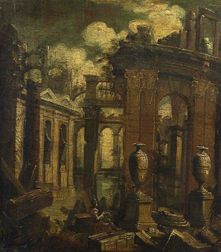 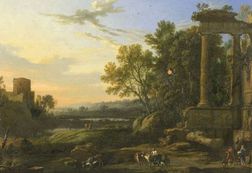 Manner of Pierre Patel (French, c. 1605-1676) Figures and Livestock in a Pastoral Landscape with Ruins 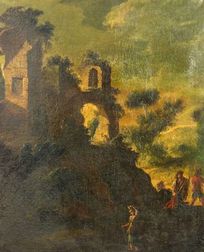 Continental School, 19th Century Presentation of The Virgin in the Temple 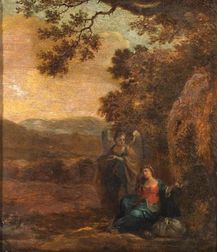 Italian School, 18th Century Lot of Two Works Including: Hagar and the Angel in the Wilderness and Saint Jerome at Prayer 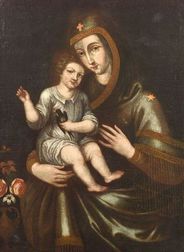 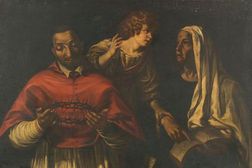 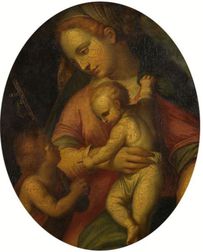