Chinese School, 19th Century View of the Factories at Canton. 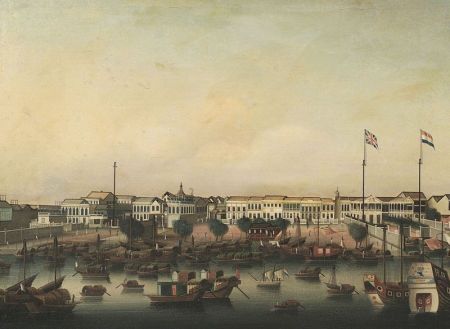 View of the Factories at Canton. Unsigned. Oil on canvas, 1826-32, depicting the factories, one flying the flag of the Netherlands (which was replaced by the French flag in 1832), another displaying the British flag, a pagoda is shown which was added to Chung Qua's factory sometime around 1826, 18 x 23 1/2 in., in a later gilt gesso frame. Condition: Relined, scattered retouch to background sky, minor craquelure.