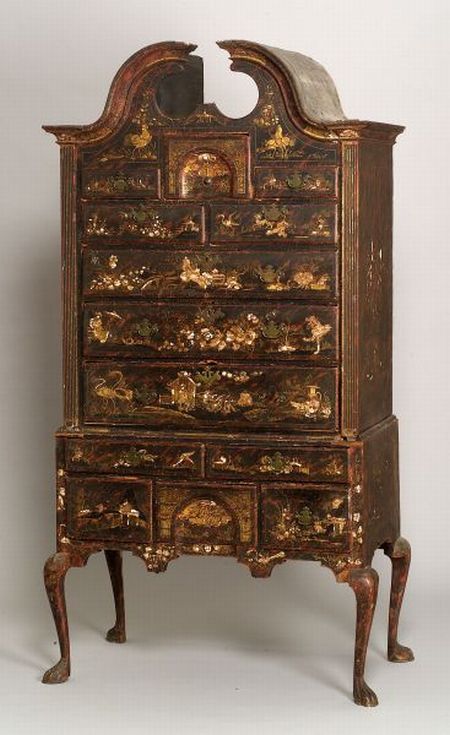 Provenance: Family descent from the likely original owner of this chest, Joseph Hamblet (b. 1708), of Woburn, Massachusetts, who moved to Dunstable, Massachusetts, in 1721 and to Dracut, Massachusetts in 1750. Thence to John Hamblet who lived in Boston to Theodore Hamblet (1792-1880), a millwright who owned the Garrison House in Dracut on Beaver Brook. In 1854 Theodore purchased a house in Lowell. His twelve children were born between 1819 and 1839. Family history indicates that this chest was brought from Boston to Lowell on the Middlesex Canal. This waterway from the Charles River in Boston to the Merrimac River in Lowell was opened to public transportation in 1803 and remained a busy thoroughfare throughout the nineteenth century. This japanned high chest has remained in this family through to the consignor.

Note I: This chest is rare becouse it is only the known high chest signed by Robert Davis, a well-known Boston japanner. Adding to its rarity is "its remarkable state of preservation despite some loss of raised decoration" according to Christine Thomson, a highly respected conservator of furniture and decorative surfaces. In fact, fewer than five chests with unrestored japanning have come to market. This lot is one of them.

Note II: Robert Davis's ink script "Rob Davis" included his characteristic flourish and appears on the bottom of the uppermost left hand drawer. Although little is known of his career, he did complete his seven year apprenticeship with John Pinck in 1717, probably in England. Subsequently he immigrated to Boston. In the early 1730s he worked as a journeyman or partner with William Randle, a Boston japanner. Robert Davis took over that business in 1735, the year he married Randl's daughter, Elizabeth. A number of pieces of published japanned furniture have been associated with William Randle and Robert Davis on the basis of the arrangement of large isolated motifs on drawer fronts or on their similarity between individual motifs. Deborah Federhen, an authority on Boston japanning, states: "Davis's painting style differs from Randall's in content and technique." Robert Davis died insolvent in 1739, depsite his many business activities, including a looking glass shop begun by Randall. At the time of his death, Davis was thought to have had Stephen Whiting, an apprentice, living with him. Whiting. .
To date, the japanning skills of Robert Davis are only known with certainty by two additional pieces of furniture. The first, a signed Queen Anne japanned flat-topped high chest inscribed with the initials "WR" for William Randall, Davis's japanning partner of the early 1730s, entered the collections of the Baltimore Museum in 1974. The second is a tall case clock, sgined by Davis and dated 1736, is in the collections of the Rhode Island Historical Society in Providence. Japanned chests linked with Robert Davis due to their recurring details and their composition of decoration may be found at the following museums: Winterthur, Museum of Fine Art, Boston, Historic New England's (formerly Society for the Preservation of New England Antiquities), Josiah Quincy House, and Colonial Williamsburg. The chests with the closest correlation to Davis's signed works are at the Museum of Fine Arts, Boston, and the Winterthur Museum, Wilmington, Delaware.
Lot 230, in its unrestored state, offers an opportunity for further knowledge of the characteristics of Davis's japanning work. To date there are four characteristics attributed to him:
a. large figures.
b. applied raised floral ornament on the drawer fronts, sides and cornice.
c. large floral arrangements.
d. isolated rather than integrated groups of unrelated motifs. 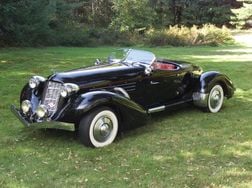 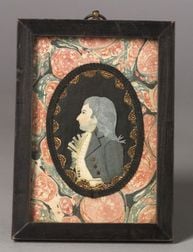 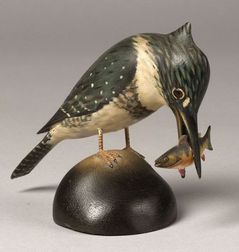 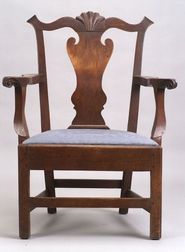 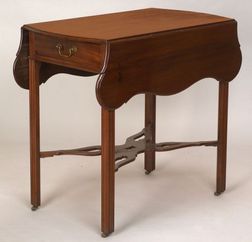 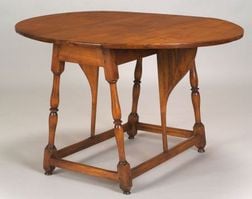 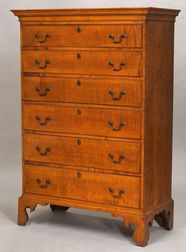 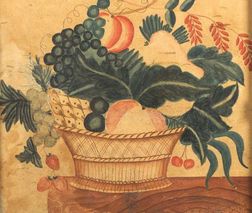