Note: In 1864, CSS H.L. Hunley was the first submarine to sink an enemy ship in combat. Privately built in July of 1863 by Park and Lyons of Mobile, Alabama, at a cost of $15,000, Hunley was the third incarnation of designs for a submersible torpedo boat first proposed several years earlier by a group of New Orleans citizens headed by Horace Hunley. The first prototype, Pioneer, was scuttled in Lake Pontchartrain in 1862, while the second, American Diver, sunk on its first outing in Mobile Bay.

Weighing seven and a half tons, with hand-pumped ballast tanks to fore and aft to surface or submerge, an iron hull and boiler, Hunley used a crew of eight to crank the propeller. A torpedo with rope trigger was mounted on a seventeen-foot iron pole fixed to the bow.

On 17 February 1864, Hunley engaged federal warship Housatonic in her last mission. Despite signaling her success to sentries on the shore, both ship and submarine were lost.
Estimate $600-800 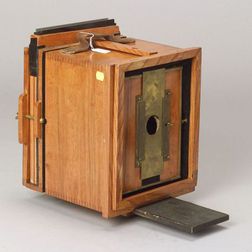 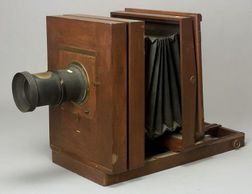 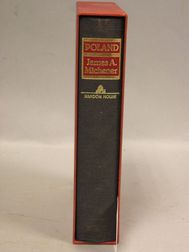 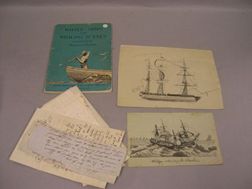 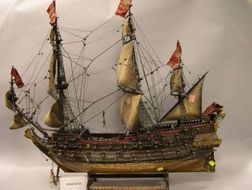 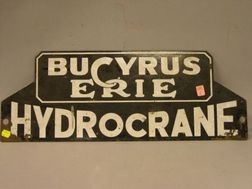 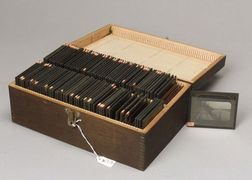