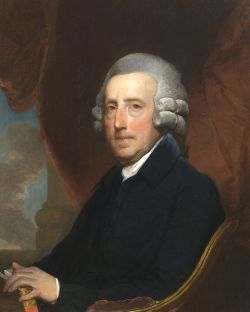 Provenance: This portrait descended in the family and was donated by Colonel Thomas Dawes' great great great great granddaughter, Mrs. George A. Matteson, Jr., to the Old Dartmouth Historical Society in New Bedford, Massachusetts, in the 1970s. This institution is now part of the New Bedford Whaling Museum.

Note: Colonel Thomas Dawes called "Boston's Patriot Architect," is known to have influenced the important Boston architect, Charles Bulfinch, and is believed to have worked with him on the Old State House in Boston among other important buildings. He was the designer of the 1772 Brattle Street Church now Government Center Plaza. He was an ardent patriot having served as a Colonel in the provincial militia before the revolution. Following the war he served in various important public offices.

The artist of this work, Gilbert Stuart, is considered America's best known portrait painter. His major works include those of George Washington, Benjamin West, and Sir Joshua Reynolds. This portrait bears a textured rather than smooth panel giving the look of a twilled canvas. Gilbert Stuart is known to have favored textured ground for panels. This was accomplished by scoring into the wood. 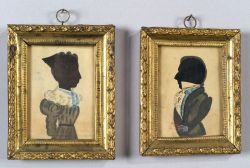 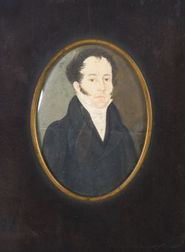 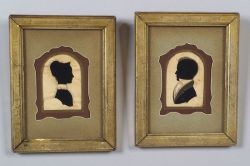 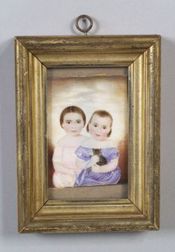 Possibly the Work of Mrs. Moses B. Russell (American, 1809-54) Two Little Girls with a Kitten. 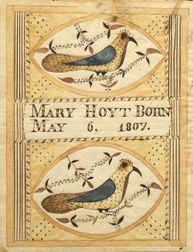