Overmantel Panel, Framingham, Massachusetts, mid-18th Century, the pine panel depicts leaping stags in a landscape silhouetted against a skyline with natural animal coloration in a burnt umber treed landscape on a mustard-colored ground, (with small paint losses and tiny holes which were caused by the removal of the wallpaper which once covered it and also from its attachment to the interior structure), ht. 15 7/8, wd. 60 7/8 in.

Provenance: This lot was removed from its setting in a Framingham house in 1840 by Austin Bacon, and given to the consignor's ancestors. The house has since been demolished.

Note: Leaping stags in a landscape setting were frequently used as a design in 18th century samplers, chimney pieces, wallpapers, and paintings.

Exhibitions: The Metropolitan Museum of Art, The American Wing, New York City, "Overmantel and Wall Paintings between 1700 and 1820," October 1952 to January 1953.

The following documents accompany the lot: A 1932 appraisal valued at $150 by Charles D. Childs of Goodspeed's Book Shop, Boston.

A letter dated May 1, 1952, from Nina Fletcher Little requesting Mr. Atkinson to reproduce a photo of the overmantel for her forthcoming book American Decorative Wall Painting, 1700-1850.

Four letters of correspondence between staff at the Metropolitan Museum of Art in New York City and Mr. Edward Atkinson, the owner of the overmantel at the time, dating from June 12, 1952, to October 6, 1952, regarding the museum's borrowing the piece for its upcoming exhibition "Earliest American Landscapes," opening October 21, 1952, and closing January 4, 1953, and a catalogue from the same exhibition.

A letter dated July 2, 1952, from Mr. Atkinson asking Mr. Richardson Harwood if he had a diary by Austin Bacon, who was the first person known to have had the overmantel and purportedly has an entry regarding its origin, and a reply from Mr. Harwood stating that he could not find it.
Estimate $30,000-50,000 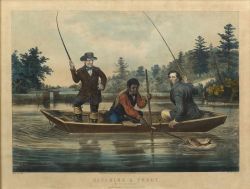 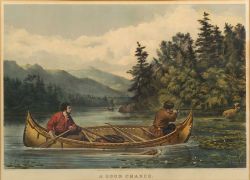 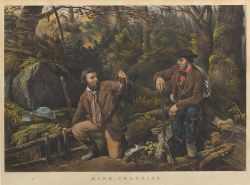 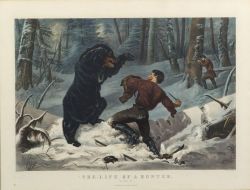 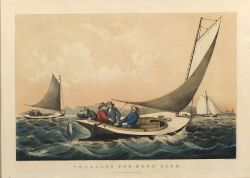 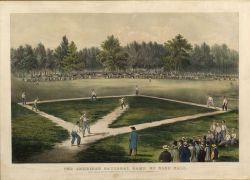 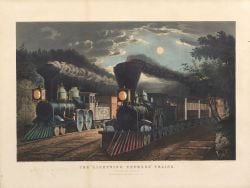 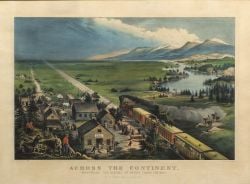