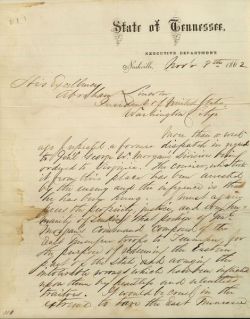 Johnson, Andrew (1808-1875), Autograph Letter Signed, November 8th, 1862, as Military Governor of Tennessee, three pages, to President Abraham Lincoln, describing the events in Tennessee, his defense of those taken from Eastern Tennessee to fight for the Union cause, raising further forces locally and making recommendations, (weakness at folds with some separation to first page, minor marginal water staining). Text in full: His Excellency/Abraham Lincoln/ President of the United States/Washington City./More than a week ago I inspected a former dispatch in regard to Gen'l George W. Morgan's Division being ordered to Virginia. The courier, who took it from this place has been arrested by the enemy and the inference is that he has been hung. I must again press the propriety, justice, and even humanity of sending that portion of Gen'l Morgan's command composed on the East Tennessee to Tennessee, for the purpose of redeeming the Eastern part of the state, and avenging the intolerable wrong which has been inflicted upon them by heartless and relentless traitors. It would be cruel in the extreme to have the East Tennessee Regiments away from their homes and defense of their families, when they are willing and more than anxious to restore the Government, and at the same time protect their wives and children against insult, robbery, murder and inhuman oppression. I ask in the name of all that is right, magnanimous and patriotic, that these Regiments be permitted to return. There are many things that I will advise you of in a short time since my location here. We have had numerous commandants placed at this Post - some of them have been tolerable, others intolerable, but the one now in command General Nighy (?), who was left here by General Buell in his disgraceful retreat from Alabama and Tennessee, has done us more harm than all others and is wholly unfitted for the place. Under all the disadvantageous circumstances, I have succeeded in raising our Regiment of Cavalry under command of Col. Wm. Z. Stokes, which has rendered important service, also one fine Regiment of Infantry under command of Col. Alvan C. Gillen (redacted-of the Army), now acting as Provost Guard of the City. Col. Gillen is an officer of the regular Army, transferred by the War Department to command the 1st Middle Tennessee Infantry. He is an intelligent and efficient officer, and will make a good Brigadier General. I recommend and ask that he be appointed at once as such. He will fight, a quality very much needed by many of our officers. There are some Brigadiers here without Brigadier Generals, and as soon as our army can move forward we will form (redacted-a Tennessee) Brigade of Middle Tennesseeians. I hope you will lay this dispatch before the Secretary of War and Genl. Halleck. This dispatch will be sent through by Benjamin C. Truman who leaves here with it and will see you in Washn. Andrew Johnson, Mil:Gov.
Estimate $2,500-3,500 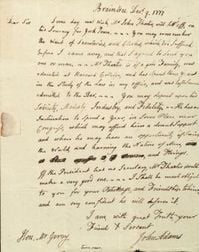 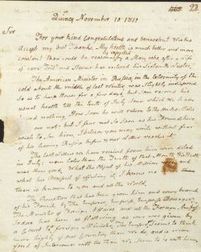 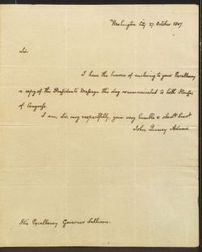 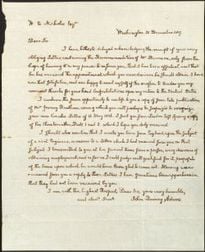 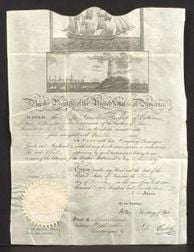 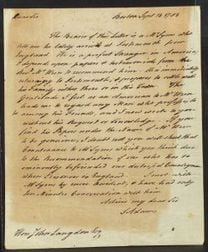 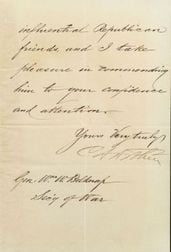 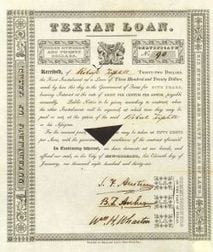