Sumner Needham, Sixth Massachusetts Regiment, a Model 1840 Light Artillery Officer's saber signed Horstmann Bros. & Co., New York, with cast brass guard and hilt, wire-wrapped shagreen grip and etched blade with military motifs, in leather scabbard engraved on the mouthpiece Lieut. Sumner H. Needham, Killed in Baltimore, April 19th 1861, while serving in the ranks as Corporal and on the other side in different style Presented To Post 39 G. A. R. By Col. E. J. Sherman, Dec. 16th 1874, overall lg. 35 1/2 in. (lacking middle band).
Needham, a Lawrence, Massachusetts native, responded to President Lincoln's call for volunteers of April 15 and left Boston with his Regiment on the evening of the 17th arriving in Baltimore at Noon n the 19th. In order to change to a Washington bound train, the men had to march to another depot, through Baltimore, a city divided in it's loyalties. They were attacked by a pro-rebel mob and Needham was struck on the head, probably by a paving stone. He died of his wounds nine days later, and three other men were killed, two of them instantly. It is believed that Needham was the first of the four to be actually wounded, making him the first soldier to be mortally wounded in the Civil War. In the riot the troops fired upon the mob, killing some but saving their own lives. Baltimore continued to oppose the War and was, for a short time, a stronghold of rebellion, but on May 13 Federal troops, including the Sixth Massachusetts, under command of Brig. Gen. Benjamin Butler took control of the city for the rest of the War.
Needham seems to have had a premonition of his own death, reportedly telling a comrade as the train pulled into Baltimore "We shall have trouble today, and I shall never get out alive. Promise me, if I fall, that my body shall be sent home."
Provenance: By descent in the Needham family. Presented to the G.A.R. and returned to the family at a latter date.
Estimate $10,000-15,000 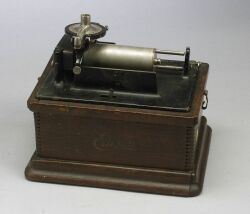