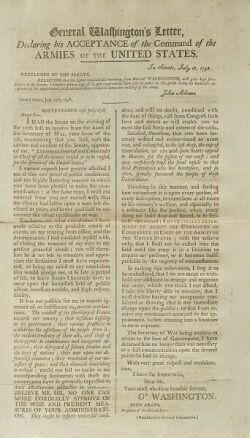 (Broadsides) General Washington's Letter, Declaring his Acceptance of the Command of the Armies of the United States, July 18, 1798, one page, folio, with introduction by Pres ident John Adams, a published letter dated Mount Vernon 13th July 1798 in which Washington is honored by this display of public confidence and expresses his feelings towards the present regime in France, "The Conduct of the Directory of France towards our country; their insidious hostility to its government; their various practices to withdraw the affections of people from it....; their war upon our commerce; their treatment of our ministers of peace; and their demands amounting to tribute; could not fail to excite in me corresponding sentiments with those my countrymen have so generally expressed in their affectionate address to you". In the aftermath of the XYZ affair, the Adams adminstration geared for war against France, this acceptance by Washington being a palpable reminder of the hostilities that existed between France and the United States at this time, (minor fold separation on left side). Evans 34829.
Estimate $6,000-8,000 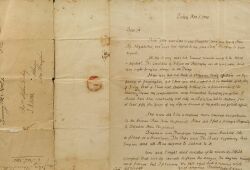 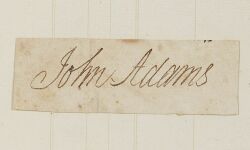 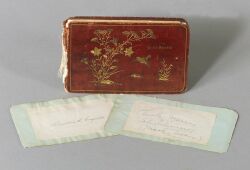 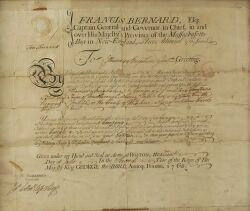