Provenance: Descended through the family of the sitter. George Norton Miller was born in Windsor, Connecticut on July 27, 1805, married Caroline Tucker Chace and had four children, all born in Rhinebeck, New York. He died March 10, 1891, in New York City. Included in the lot is a photocopy of an extensive genealogy of the sitter, as well as a photocopy of a portion of an appraised inventory of his granddaughter, Mrs. William W. Hoffman (Katherine C. Miller),dated January 23, 1968, listing the portrait among her belongings.

Note: Charles Fraser was Charleston's foremost miniaturist. His painting style utilized separate patterns of brush strokes to define the different elements of his compositions along with mosaic-like stippling patterns in the contours of the flesh and backgrounds, which are evident in this portrait. This miniature portrait is in the records of the Frick Reference Library in New York.
Estimate $2,000-2,500 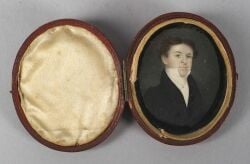 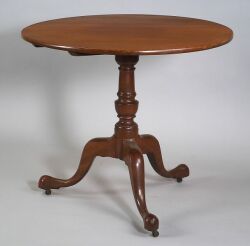 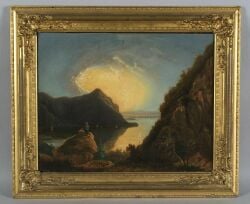 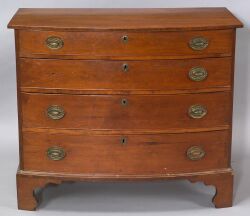 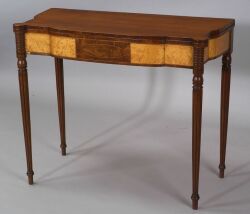 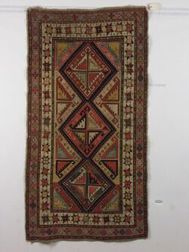