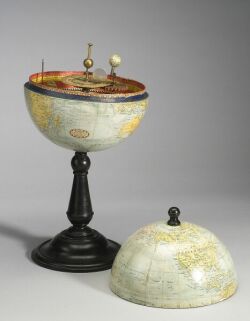 Note: There is no apparent maker's signature on this instrument, however, where one would expect to find a maker's cartouche, the Pacific, is an affixed label for Benjamin Tena, Villa Franca Del Cid, Castellon, Globos Planetarios Con Patente. There are similarities between this globe and those of the only recorded Spanish globe maker, Pedro Martin de Lopez of Madrid, who was known to make folding globes and orreries, c. 1850. However, the style and information, especially in the interior, suggest a later date. Also, the interior has a printer's signature of J. Ortega, Valencia. Of special interest are the brief descriptions of the history of the world along with the wonderful illustrations of extinct animals including dinosaurs, the Dodo bird, mastodons and even primitive humans.
Estimate $1,000-1,500 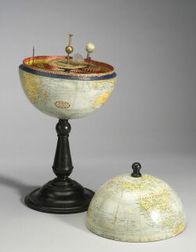 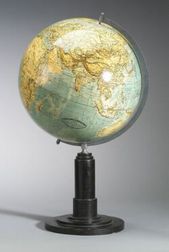 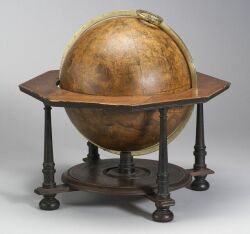 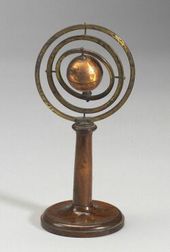 Compass from a Library Globe 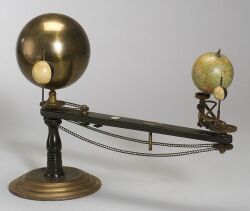