Provenance: Donated by the artist.

Please Note: Item is in New York City, available for pick-up/shipment from the gallery.

N.B. Born in 1941 in the south of France, Venet's attraction to art became evident at an early age. He discovered the work of historical artists through art books that his mother bought him. At 17, Venet moved to Nice to work as a theatre set designer at the Opéra de Nice before dedicating his entire activity to making art. In 1966, Venet established himself in New York where, over the course of the next five decades, he explored painting, poetry, film, and performance. He was particularly attracted to pure science as a subject for art. During the 1960s, Venet developed his Tar paintings, Relief cartons, and his iconic Tas de charbon (Pile of Coal),the first sculpture without a specific shape. 1979 marked a turning point in Venet's career, when he began a series of wood reliefs, Arcs, Angles, Straight Lines, and created the first of his Indeterminate Lines. That same year, he was awarded a grant by the National Endowment for the Arts (http://www.bernarvenet.com/).
Estimate $3,000-5,000 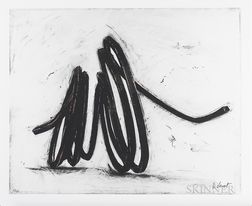 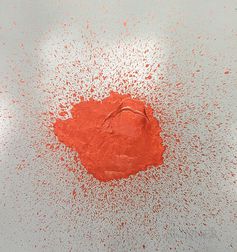 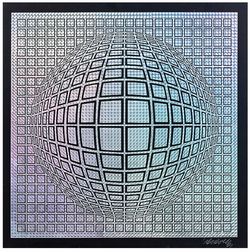 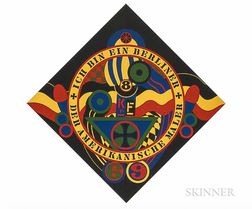 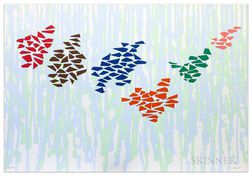 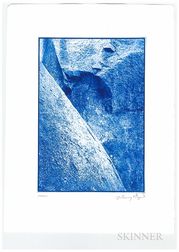 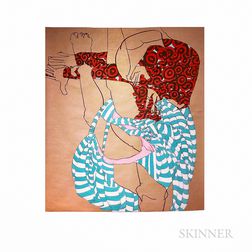 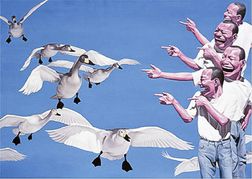