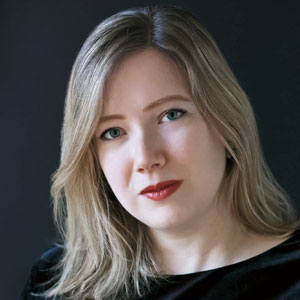 Helen joined Skinner in 2014 as a specialist in the Asian Works of Art Department. Prior to working at Skinner, Helen gained experience cataloging and administrating Asian auctions at a greater Boston area auction house where she gained valuable insights into the art and antique market during a period of vastly increasing demand for Chinese Art.

Helen first began to expand her knowledge after a lifelong love and appreciation for Asian Art as an intern in the Chinese Art Department at the Peabody Essex Museum in Salem. Over a period of several years she contributed research and administrative support for the exhibition The Emperor’s Private Paradise: Treasures from the Forbidden City, and also worked on projects for the museum including the exhibition The Emperor Looks West and the acquisition of a Chinese snuff bottle collection.

Helen has also worked as a volunteer and guide at the Isabella Stewart Gardner Museum in Boston, where she was able to explore the influence of Asian Art on the personal aesthetics and collection of a prominent Bostonian, and also on the city itself.

She holds Bachelors and Masters degrees in History of Art from the University of York, UK, where she was raised and educated and also completed several local museum exhibition projects.

Her particular areas of scholarly interest are in fine Chinese textiles and ceramics. Since joining Skinner Helen has enjoyed the opportunity to work with several exceptional collections of modern Japanese prints and she is hoping to expand her interest in Indian miniature paintings.

Korean Art at Skinner includes pottery, porcelain, paintings and other objects of value from antiquities through contemporary works.