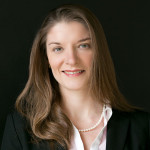 Gwendolyn L. Smith
click on any image to enlarge
Previous Next

Gwendolyn L. Smith joined Skinner with a breadth of experience in a variety of art museums and historic houses, most recently as a Curator of an American country house on Long Island. While a Curator at Planting Fields Foundation in Oyster Bay, New York, Gwendolyn oversaw the care of the broad collections of Gatsby-era Tudor Revival style country house, Coe Hall, built in 1918. The furnishings in the house included 17th-early 20th century English, Dutch, and French furniture and decorative arts, and 13th-19th century stained glass windows, Baroque Dutch paintings, and Chinese jades.  She curated several exhibitions while at Planting Fields including exhibitions on interior designers Elsie de Wolfe and Charles Duveen, as well as style icon Millicent Rogers. She appeared on New York and Long Island’s PBS television show “Treasures of New York” and has lectured on a variety of art, cultural and museum historical topics including as a panelist at the Robert Chanler conference at Vizcaya in 2014, where she spoke about patronage in the Gilded Age.

Gwendolyn’s prior museum experience has been at The Peabody Essex Museum and The Sterling & Francine Clark Art Institute. While at Peabody Essex Museum, she was a project coordinator and installation manager for exhibitions and gallery rotations which including The Emperor’s Private Paradise: Treasures from the Forbidden City; Golden: Flemish and Dutch Masterworks from the Eijk and Rosemarie van Otterloo Collection; Fiery Pool: The Maya and the Mythic Sea.  At the Sterling & Francine Clark Art Institute, she facilitated the installation of exhibitions, collections acquisitions, cataloguing and condition reporting a breadth of objects from ceramics and silver to photographs. Exhibitions she worked on included The Manton Collection: Gainsborough, Constable, Turner; The Unknown Monet: Pastels and Drawings; and Consuming Passion: Fragonard’s Allegories of Love. Prior to working at the Clark, Gwendolyn worked at Strawbery Banke Museum cataloguing and inventorying their collections including English ceramics.

Gwendolyn has a BA from Smith College in Art History, and a Master’s from Harvard University in Museum Studies.  Her academic studies included Rococo, Italian Baroque, American and British 18th and 19th century art and decorative arts, having also done a semester in England with Oxford University while studying Georgian architecture and social culture of Bath.  After college, a course at Boston Architectural College on the History of Furniture helped solidify her interest in decorative arts.  She indulged her love of English Country Houses as a 2013 alumnae of Attingham Trust Summer School.  She is member of the American Ceramics Circle, the Decorative Arts Trust, Royal Oak Foundation, New York Silver Society, American Young Friends of the Georgian Group, and The Victorian Society.

Gwendolyn looks forward each day to researching new pieces and discovering new stories.  She hopes to share her interest in English and French ceramics; tea caddies, furniture and 18th/early 19th century silver, and broaden her knowledge and interest in Victorian/Aesthetic Movement/Gilded Age, Dutch East India Trade, and the aesthetic design of English Country Houses and their American counterparts.

From the red-figure vessels of ancient Greece to 19th century Neoclassical furniture, European Antiques include the best of decorative arts, material culture, and furniture from England, continental Europe, and Russia.

Prized throughout the centuries for its decorative allure and trading value, fine silver from cultures and countries around the world consistently performs well at auction. 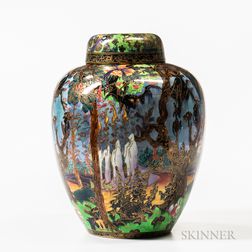 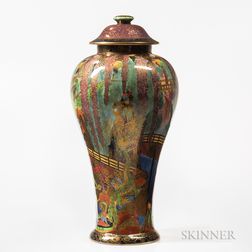 Wedgwood Fairyland Lustre Temple on a Rock Vase and Cover 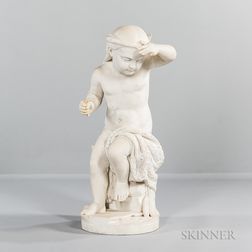 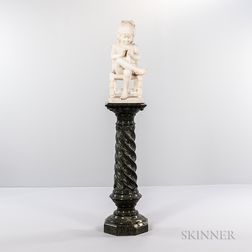 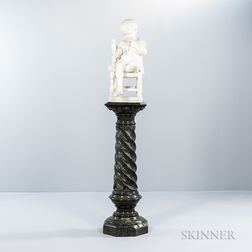 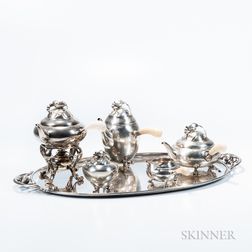 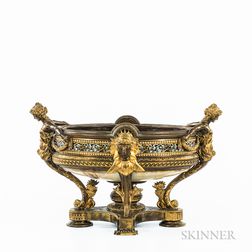 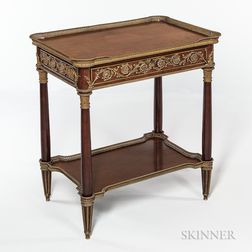 The Whimsy of Staffordshire Bocage Figures

Inside the Head of a Collector: Neuropsychological Forces at Play